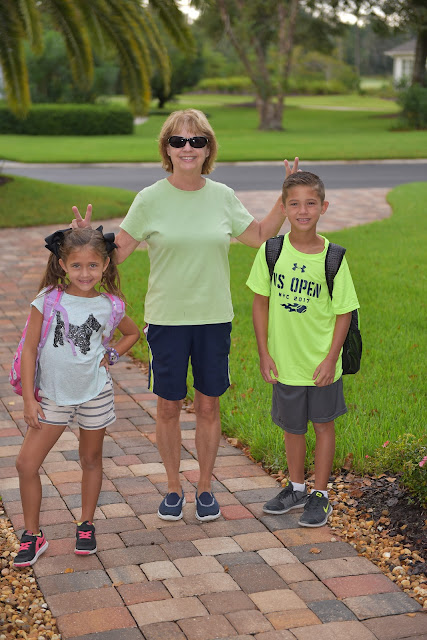 While Andrea and I went to the US Open in NY, Grandma Genie flew in from Missouri on August 29th to watch Connor and Paige. We were so thankful she was willing to help us out, and the kids were so excited to get to spend some time with Grandma. Paige and Connor both had been counting down the day since Gulf Shores in July and were more excited for Grandma's visit, than Andrea and I were to go to NY.

When Genie arrived, she spent a day going through the kids' school routine and going over everything with Andrea. They did a few test trips in the car while Genie drove different places. It was a bit of a challenge since Genie doesn't use GPS systems, so Andrea had to go over road names and landmarks with her. There were a few wrong turns, but Genie picked everything up pretty quickly and thankfully as long as she stayed "in town" there weren't any big roads or scary areas to avoid. Genie actually learned the area pretty well throughout the week and would venture farther and farther as she got more comfortable.

Genie put the kids on the bus Thursday and Friday and then she had the whole Labor day weekend with them. Genie and the kids decided it would be a great idea to all sleep together in the master bedroom, and although it's a king sized bed, I can't imagine how anyone got much sleep. Genie would sing Paige's songs at bed time, they'd goof off, and somewhere along the way they would fall asleep. I think that was probably one of their favorite parts of the visit. 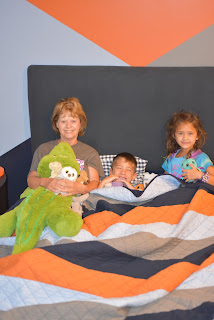 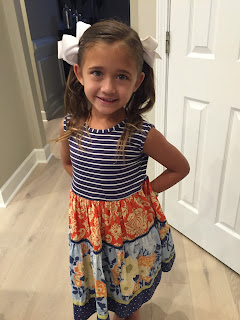 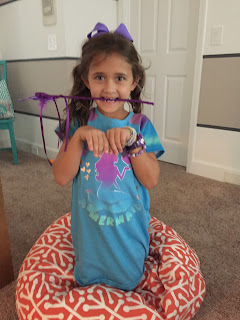 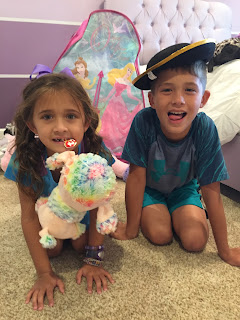 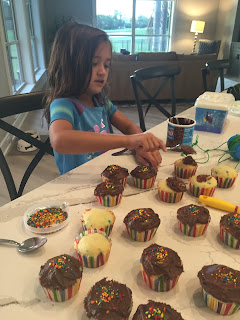 Genie drove the kids to tennis practice and also to their tennis lessons and to the beach. They had a good time at the club, and when the kids were at school Genie even went there to walk on the beach and have some relaxing time to herself. They also ventured out to Target for some shopping and to Connor's favorite fancy restaurant Taco Bell. 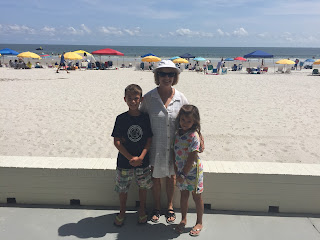 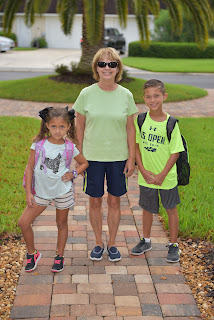 We are all so happy that Genie made the trip to Florida, and that everything went so well with everyone. There was a lot of responsibility on Genie and she is such a wonderful grandmother. Connor and Paige were both well behaved, and enjoyed their time with Grandma Genie. On her last night in Florida, we went to Barbara Jeans, Grandma Genie's favorite. 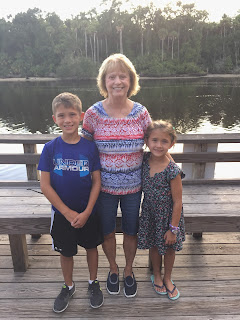