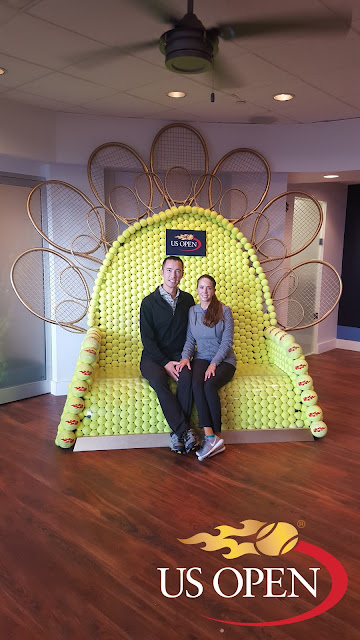 On August 30th, Andrea and I flew to NY for the US Open. We flew in to La Guardia with Southwest and had a pretty easy flight, which was nice since our friends Michelle and Bill had a long day of travel on Jetblue with airplane troubles. We stayed at the Doubletree downtown on Lexington and 51st street. Our room was small, which was to be expected, and not super duper clean and new, but it was convenient and had some subway stops nearby.

We were very nervous to go to NY for the first time, but we were brave enough since some of our tennis friends used to live there and went quite often. Tara and her husband Tom,  along withMichelle and Bill, all stayed in the same hotel with us and we traveled with them mostly. Leslie and her husband, along with some of their friends also stayed in the same hotel. We saw them a bit, but most days they did things on their own.

On Thursday, we got up fairly early and rode the subway in to the tennis facility. It was our first time on the subway and we were very confused and overwhelmed with the different levels, lines, crowds, and directions. We mostly just followed Tara and Bill and I tried to figure it out as we went. It was pretty impressive to see how effectively the trains moved huge crowds of people around the city. 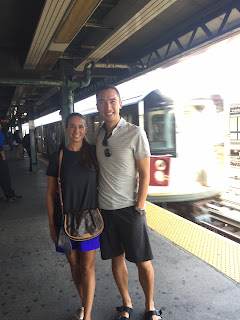 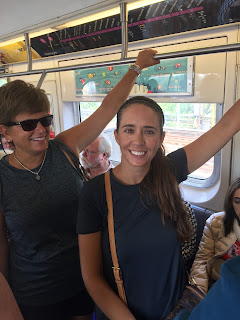 When we arrived at the US Open, we went through security and then watched a little bit of tennis in the outer courts before going in to Arthur Ashe to check out our seats. Our initial seats were in the 300 section and we realized how difficult it was to see much from that level. 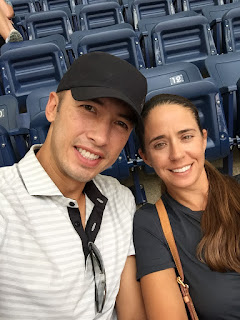 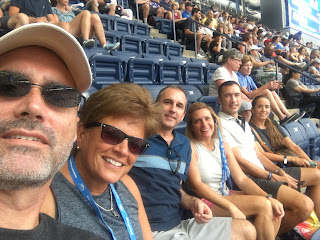 On Friday we went downtown to do some touristy stuff. We went to the 9/11 memorial and then to the river for lunch. 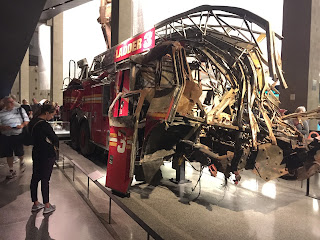 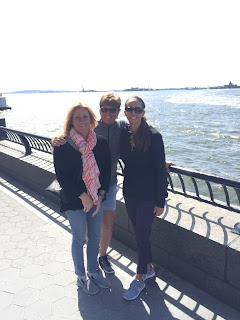 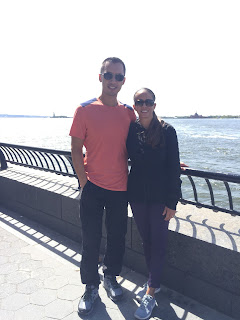 In the evening, we went to the US Open and watched some of the evening matches. There were quite a few games on the outer courts, but it was one of the days where we'd actually purchased decent tickets so we wanted to use them. We found that we really enjoyed being down at ground level next to the smaller courts more than being in Ashe. You were so close to the players and could really see and feel how fast paced the points were. 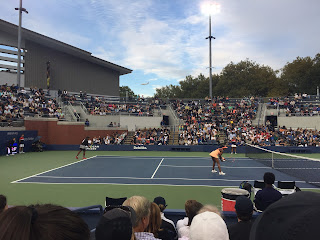 On September 2nd, we planned to do some touristy stuff, so we went to Times Square and Central Park. At Times Square, we stopped Carlos Bakery since Andrea loved watching "Cake Boss" and a few other stores. It was mostly just fun to see all the crazy traffic and tourists everywhere. 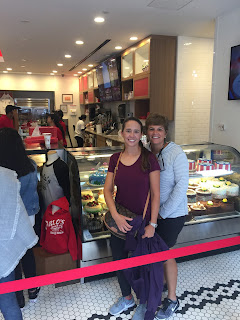 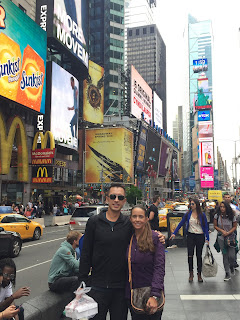 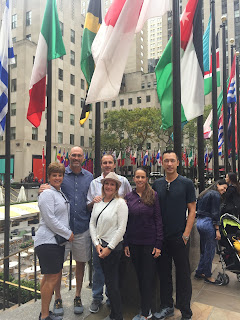 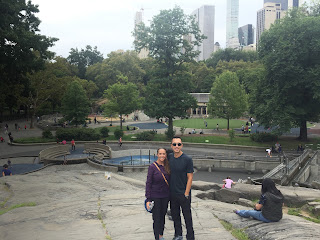 In the evening, we went to dinner and then to see the "Blue Man Group".

On September 3rd we already had evening tickets, but we decided to also get some day passes to Ashe so we could see Venus play. Most of the rest of the people in our party were just going to the evening session, so it was our first time trying the subway on our own. We made it! The seats we got were some of the best, and it was fun to see Venus play and win! 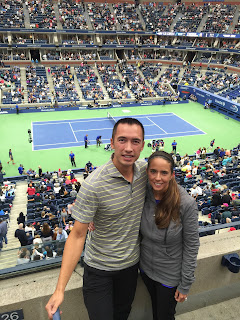 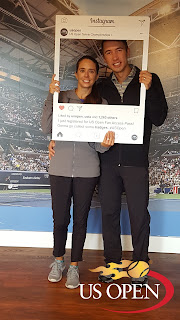 In the evening, Joe and Sandra came to the evening session and we moved back up to the 300 level to sit with them. They hadn't ever been to a pro tennis match either, and it was a nice time to catch up with them and see them while we were in town. 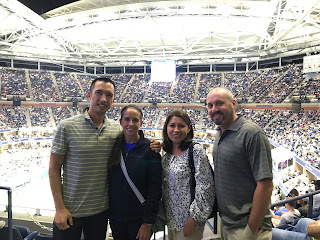 On September 4th, we watched a little more tennis, but didn't stay too late. Andrea and I were pretty exhausted by this point and many of the side courts were unused because of rain and because they were mostly in uses by the junior players. The action was definitely slowing down by that point. We sat with Tara and Tom and then went back to the hotel for dinner. We stopped by a local bakery and got some goodies, and I finally got to try some of the interesting greek food from a hotdog stand looking vendor. We sat on the steps of an old church and ate our food while we watched people go by, then went back to the hotel to get packed.

Our flights on the 5th went well for the most part, with only some slight delays. We were thankful to be home again, and thankful that Genie did such a good job taking care of our kids while we were away. It was a neat experience and I am happy it went so well and we had fun with our friends and with each other. 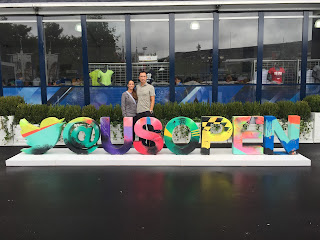 Some of the Pros we watched are listed below, so we can remember who we saw in person. I think I'm missing quite a few, but these were some of the bigger names I can remember.