New computer for the kids 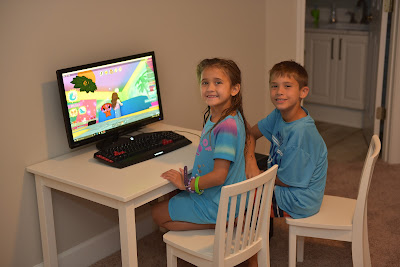 We've been working on the "Gym" room in the house for a while now. During Hurricane Irma, we moved some things around and before moving them back, we decided to spend some time thinking through the room and what we could do with it. It's mostly been wasted space and an eyesore and we've been wanting to get a few things for a while. It was a good opportunity to clean up and rework the area.

The treadmill's platform has been cracked and I took it apart and was able to get it out of the room with just a little help from Andrea. We'd had it 9 years through 3 moves and in Florida I hardly ever used it, so it was time to say farewell to it. The rest of the junk in the room has been distributed to some other closets, and we're thinking through the carpet and furniture for the space.

I've been wanting to get the kids their own computer for a long time and finally ordered them one. I'd built myself a computer earlier in the year, and although it was a good learning experience and I got a decent deal for the money, I didn't want to go through that again unless it was going to give us a really great value. I came across a computer build on Amazon that had pretty good specs for the money so I went with it and so far it's performed pretty well.

Connor hasn't been super interested yet, but Paige has been so excited to use it. She's been playing various games in Roblox and was thrilled to have a computer just for the kids. After Paige went to bed I showed Connor a few things he could do with the computer and I'm hoping that they'll enjoy it and learn with it. Andrea's ordered them a desk, but for now they're just using Paige's kitchen playset table and chairs. 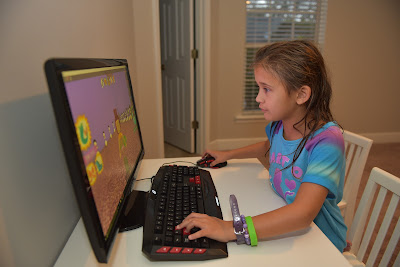