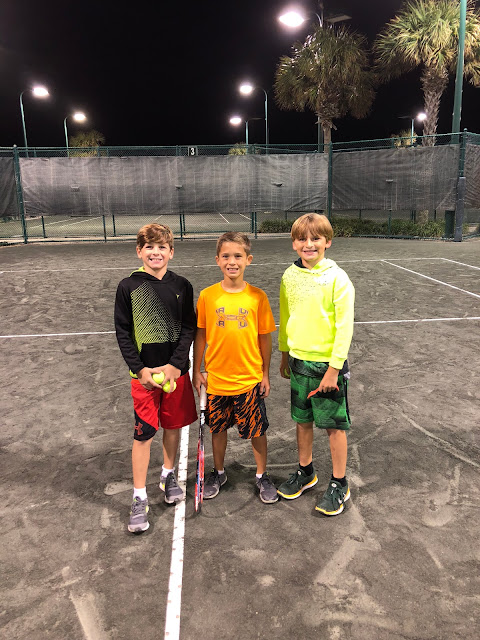 On Thursday night, October 26th, Connor went to the club with us to see the pros play. Everyone got tickets for free and would bet on which pros they thought would win the various matchups. Connor, Zander, and Liam all volunteered to be the ball boys, and before the matches started our head pro Mike went through their responsibilities with them.

The pros all played a really great level of tennis, and it was fun to see them going all out. Connor and his buddies took their jobs seriously, and it was cute to see Connor taking a leadership role at times, helping everyone out on where to be. It was pretty tricky since the players changed serve every couple points and the boys would all have to shift to either be at the net or behind the person serving. It was also important for them to stay aware in case a ball came at them at a hundred miles an hour. 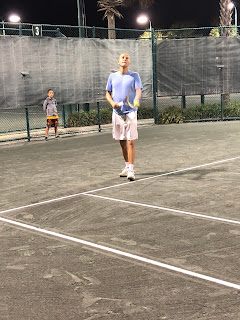 I took a couple videos, but my favorite was one that had a pretty good point, and Connor got to grab the ball and then give balls to David who was about to take his turn serving.


Andrea and I both won some prizes from the drawings, and Connor and his buddies all picked out matching Wilson hats as well as thanks for their job well done. 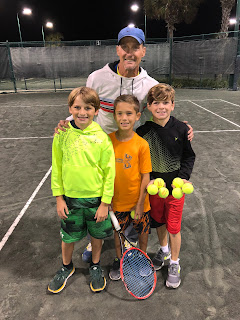 After the matches, we also got a pic with Andrew who does Connor's small group lesson and private lesson weekly. 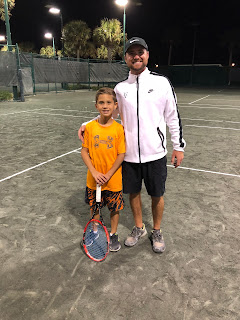