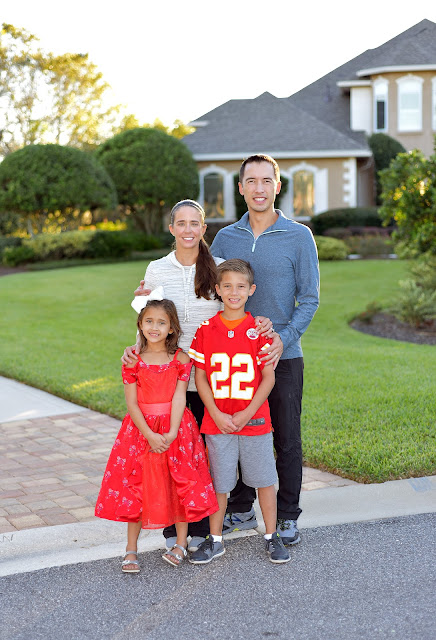 Today was Halloween, and since it was a school night, we didn't stay out all that late. This year, Connor didn't want to go trick-or-treating and dress up, so he just put on his favorite Chiefs jersey (they won last night on Monday night football, so he was pretty pumped for them). Paige went in her Princess Elena dress. They actually kind of matched nicely although that was unplanned.

Before we left the house, we snapped a few pics of the kids on the front porch. 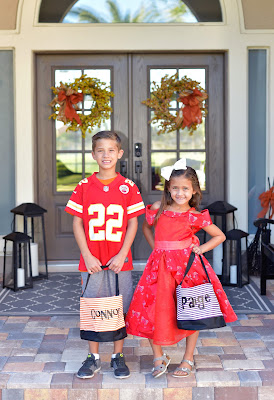 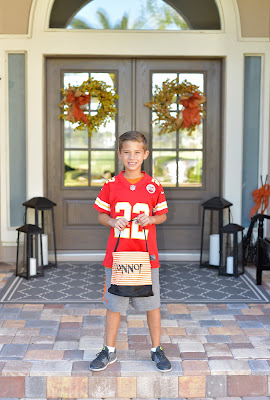 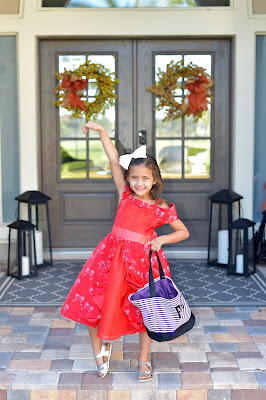 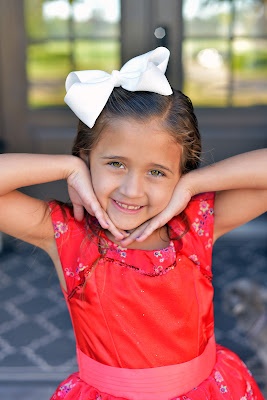 We drove our golf cart over to Lamplighter to hang out with a family we know in that part of the neighborhood. Paige and Abby were excited to see each other and had been talking about the hay ride that would take them trick-or-treating. 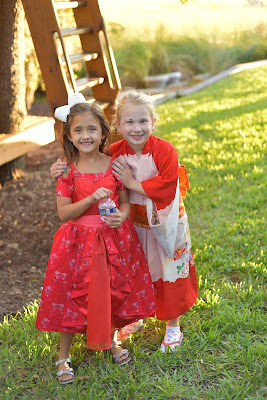 Connor was pretty pumped to have a bunch of boys to hang out with. He did some football and then they played tackle basketball on the trampoline. 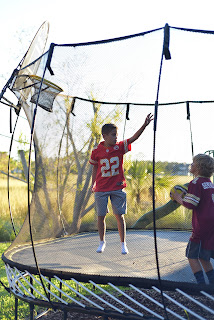 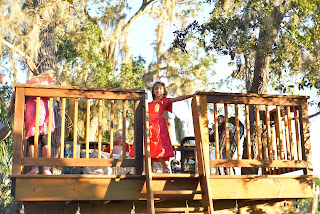 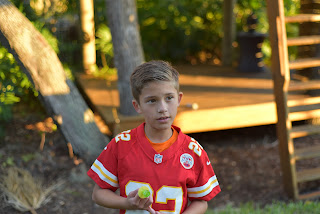 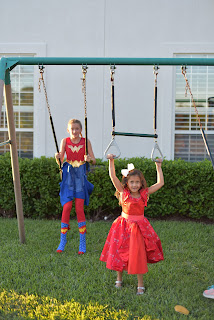 It was a little crazy there and a lot of the kids took off to start trick-or-treating. One of the moms wrangled about half the kids together for a group pic. 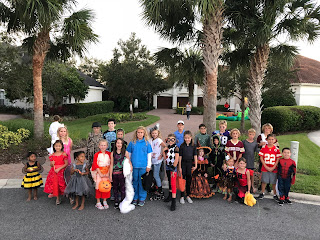 Then, Paige and her buddies loaded up on to the hay ride trailer. They didn't stay on long. They actually ended up sprinting through the neighborhood from house to house. We actually lost track of her for a little while when she got so far ahead of us. 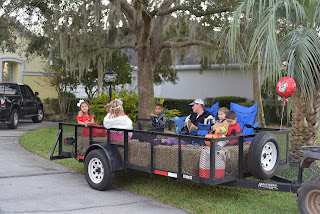 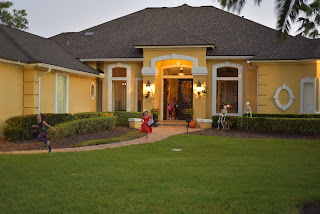 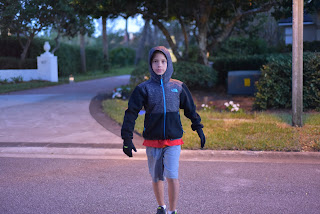 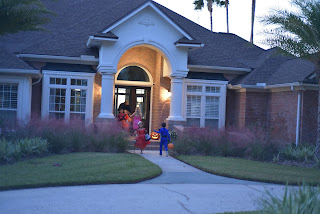 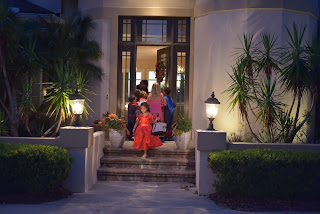 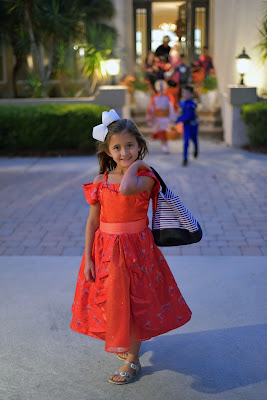 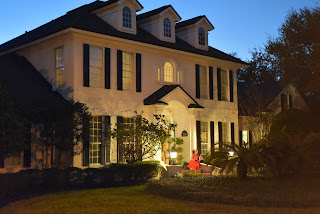 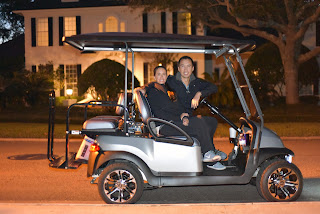 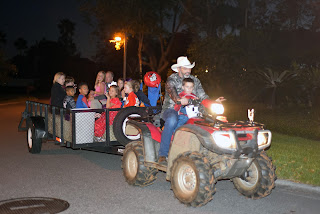 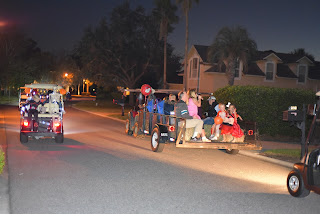 We ended the night a little early so we could hand out some candy at our house, however we didn't get too many trick-or-treaters. I think next year we'll just trick-or-treat more ourselves. It was a fun night out though, and the weather was beautiful and cool. It was nice for us all to meet some new friends too. 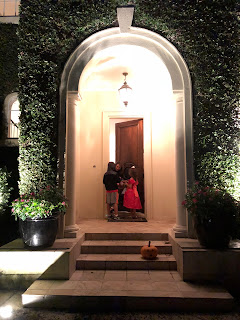