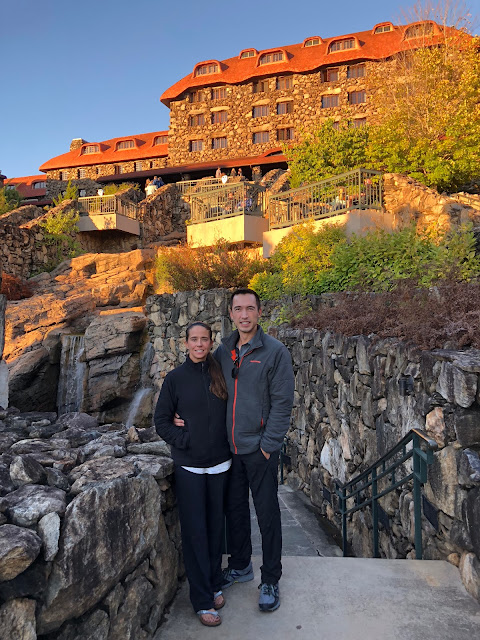 On October 10th, Andrea and I went to Asheville for an adult trip while Grandma Genie stayed with Connor and Paige. We drove the 6 1/2 hour route up in to the mountains and could feel our ears pop as we got to over 2000 feet of elevation. We'd been hoping that we would see the Fall colors, however we were probably a week or two early this season and everything was mostly still green. On the way in town we stopped at the summer camp area where the kids will likely go to camp next summer and took a tour and then we drove the rest of the way to the Grove Park Inn resort. The Inn was over a hundred years old and was built in to the hills with an amazing view.

We spoke to the Concierge desk and they recommended we see the Biltmore Estate and we got tickets for the next day. On Thursday, we visited the Estate and ate lunch at the restaurant prior to our entry time. We decided to pay for the audio tour devices and we're definitely glad we did. Each room would have a different code # and after punching it in to the handheld phone device it'd give you the history of the room and would point out details that may have gone overlooked otherwise. 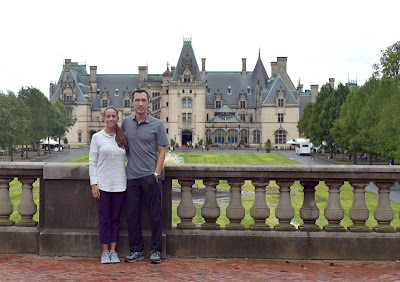 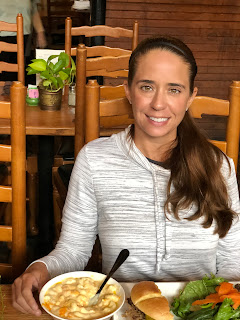 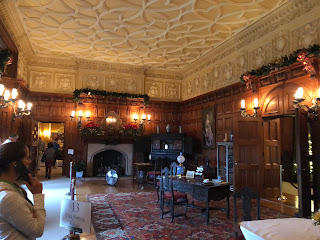 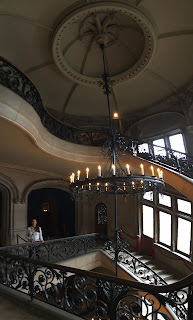 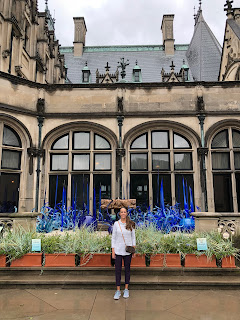 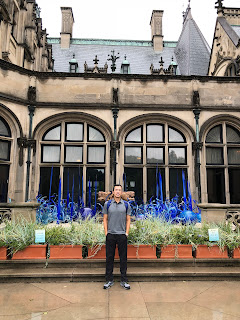 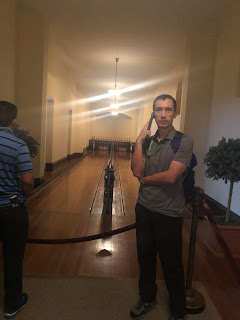 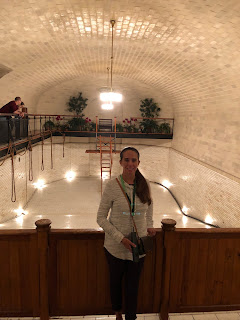 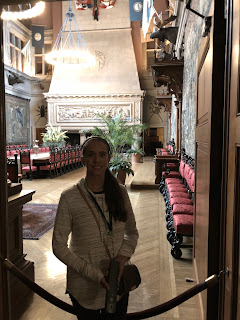 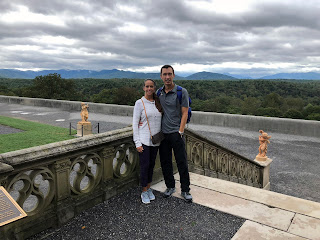 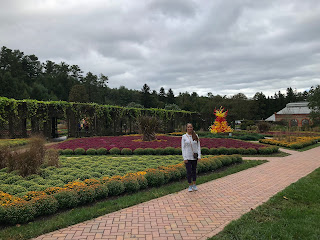 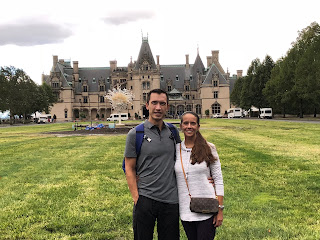 On Friday, we took an electric bike tour with the "Flying Bike" company. We were a little apprehensive about how fun it could possibly be since the area was so incredibly hilly. With the electric bikes it was no problem though. There was a pedal assist mode that you could dial up or down to determine how much assistance the motor would provide, and you also had a twist throttle that would allow you to rev up the motor and get the bike going without any work at all. The throttle was especially handy to get you going from a full stop or when you were trying to get going uphill. The bike tour took us through downtown, then down some nature paths and eventually took us to our hotel. Our guide did a great job of talking to everyone, keeping us together, and pointing out interesting landmarks and explaining the history of the area. It was very enjoyable and the weather couldn't have been nicer for the day. 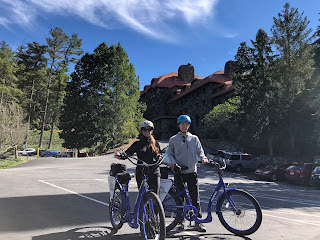 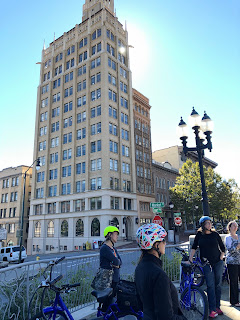 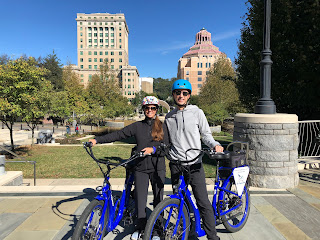 After our bike tour we stopped at Sunshine Sammie's for some ice cream sandwhiches, which were made from scratch with local ingredients. We loved them so much we came back on the weekend. 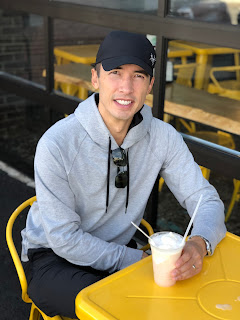 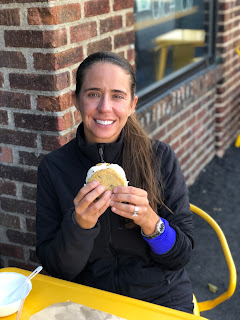 For two mornings of our stay, the tennis club at the resort offered an advanced group clinic. It was rainy and cold, so we used the indoor courts, which was something we'd never done before. The pro did a good job of involving everyone and had some fun games. There were quite a few guests and quite a few locals that showed up, so it was a pretty large group at times. We hung in there and played pretty well, although it was tricky to see the ball sometimes with the lighting. 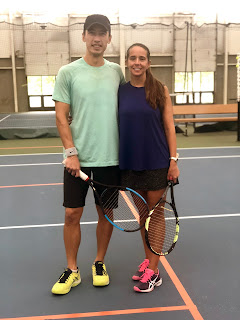 One of our goals for the trip was to do a lot of hiking in the mountains. The Grove Park Inn offered a trail, which was not very long, but had a couple different loops. We did each loop a few times and enjoyed the trail. 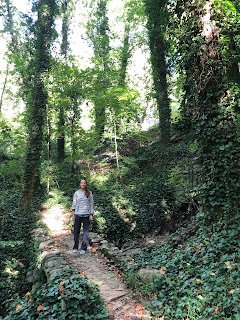 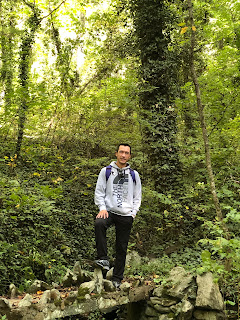 On Sunday, we drove out of Asheville to find a more interesting trail and went to the Catawba Falls trail. It was barely over a mile to the waterfall, but it felt like quite a bit since the trail went up and down a lot and was quite muddy and difficult at times. The Catawba Falls trail had a great payoff though with a spectacular waterfall at the end. There was a path up the mountain near the waterfall and we were tempted to try it, but it was so muddy and slippery out we decided to be safe and went back to the car instead. 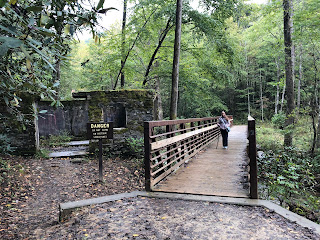 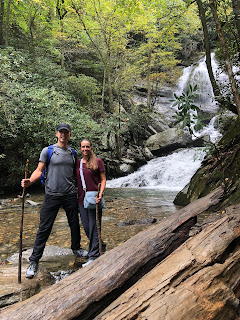 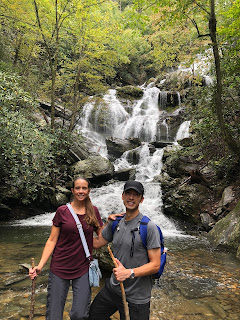 We drove back to Asheville and spent the rest of the day at the North Carolina Arboretum where we hiked for a few hours up and down a bunch of interconnected trails. It was quite the hike and we definitely felt like we got to hike our butts off. Overall we had an awesome time in NC and we're glad we had the opportunity to visit. It was neat to have some different weather, see a new town, experience the fun activities in the area, eat at some new restaurants, and most importantly to spend some time together. 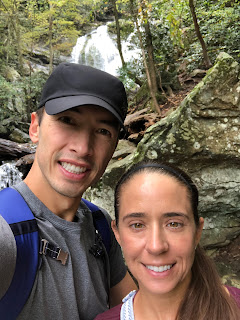