Bike ride with the family in the neighborhood 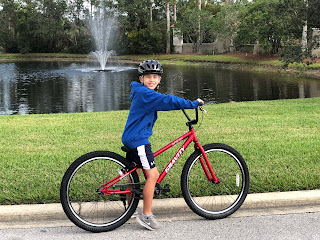 On Saturday we got the bikes out and took a little ride around the neighborhood. Connor had been outgrowing his Redline bike that he got for Christmas in 2014 (http://www.vernonvolumes.com/2014/12/early-christmas-celebration-at-home.html), so we got him a new one last week. Connor's new bike has full size 26" wheels, but it's kind of neat since the seat can be low enough that he can use it now and grow in to it. Paige received his hand-me-down Orange Redline bike, and wasn't too thrilled about it. She was wanting to a brand spanking new one like Bubba, but she has had a good attitude about it. After our bike ride, we took her to the bike store and let her pick out a cup holder and basket for it to make it special. We also needed to get the brakes adjusted, so it was a good opportunity to give it a mini-makeover. No pics of it yet, but did take pics of both kids on their bikes during the ride. 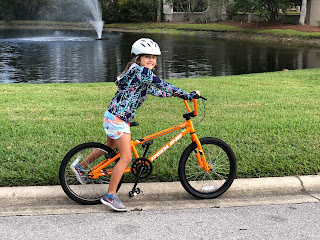 Paige wanted to type a little too on the blog since she's sitting in my lap and helping me. From Paige: Hello my name is Paige  I love dogs my favorite is schnoodle thats my doggie breed :) 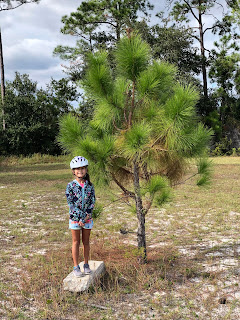 On the ride, everyone got to pick a place to go in the neighborhood. Paige's choice was to stop at her friend "Branchy" which is on a lot for sale in the North Island. Branchy is looking pretty good lately and getting tall. I'm dreading the day someone buys the lot and bulldozes poor Branchy. Paige will be heartbroken. Maybe some day we'll buy the lot and we'll build the house around Branchy. 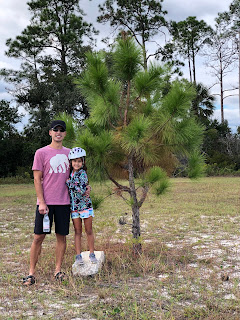 We also stopped at our "Reflecting Place" which is just inside the gate of the North Island. We threw some bread for the fish and reflected on our 2018 year so far. 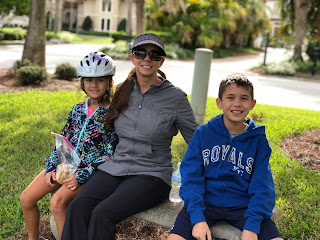 Our last stop was the park and Daddy turned in to a scary Lava Zombie and chased the kids around. They couldn't get off the equipment because of the lava everywhere, but the scary Lava Zombie was able to attack from anywhere.

What fun! Nice bikes and upgrades. And Lava Monster - wow. Makes me smile.