Mickey's Not So Scary Halloween Party 2018 and Four Seasons weekend 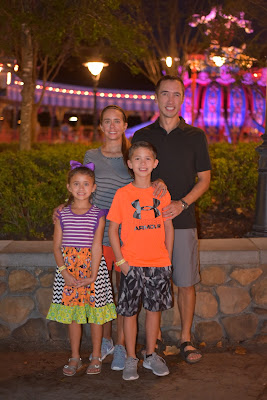 On Friday night, September 5th, we went to Mickey's Not So Scary Halloween Party. We try to go every year and we went a bit early this year to make sure we'd get it in this holiday season.

The weather was super hot when we arrived, but we stayed out of the sun and once the sun went down it was bearable. We started off in the Adventure area and with the Pirates of the Caribbean ride, enjoyed our Pineapple Whip, rode the Jungle Cruise, and then started our way around the park. 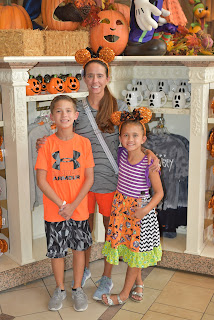 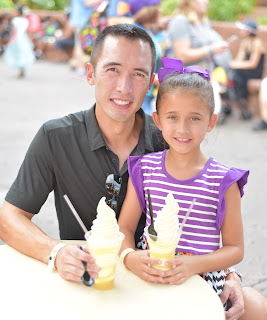 The kids were cute about the rollercoasters and who they were going to ride with. On the Barnstormer, Connor said he wanted to ride with Paige and it made her day to get to ride with him. Their first time on a rollercoaster without a parent holding them in. 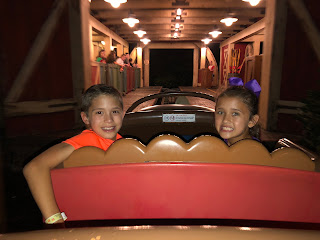 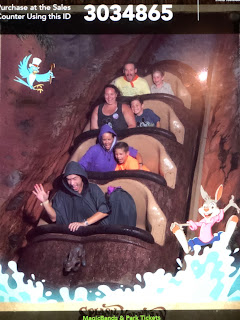 The Space Mountain ride was different than I've ever experienced it this trip. It's always a rollercoaster in the dark, but this time around it was DARK. There's usually a light tunnel at the beginning, some flashing stars in the sky and some other stuff. It's usually dark, but you can still see a little. This time around it was completely blacked out. The only thing you could occasionally see were the red lights around some of the security cameras. The kids loved it and we rode it twice. 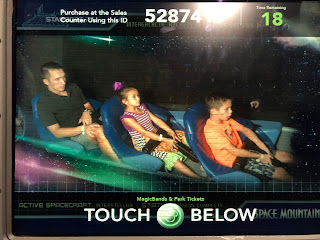 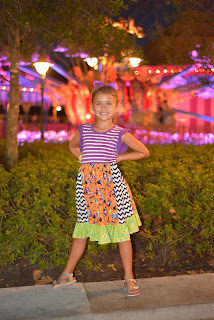 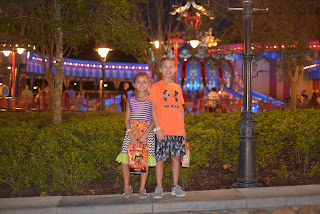 We didn't stay too late and left just as the fireworks were starting. We did a lot of trick-or-treating and got lots of goodies. We also pretty much rode everything we'd wanted to as well. The party is an awesome way to do a lot without having to wait very much. 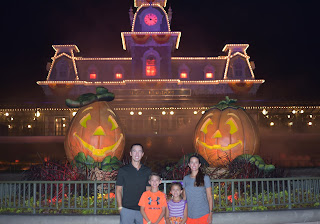 On Saturday we spent the day at the Four Seasons pool area. They had a 4 player Pacman Battle Royale game, which was fun to play as a family. Paige and Andrea loved a big touchscreen restaurant game, and it was neat they could play it together. 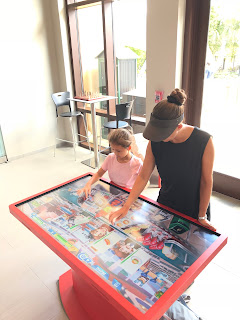 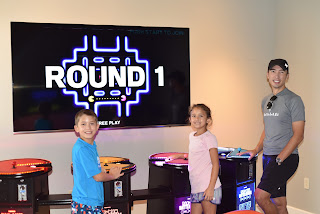 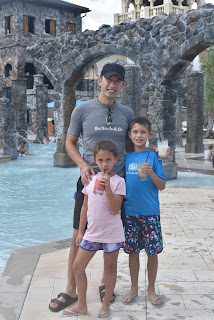 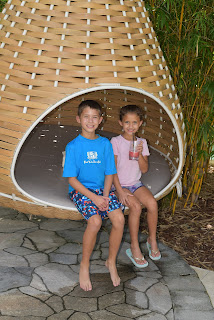 Paige, Connor and I all climbed on the rock wall. Paige is getting fast with her climbing and scrambled up it four or five times like a little monkey. She had a little trouble a couple times, but got to the top multiple times. Connor struggled with it, I think he was trying to go too fast and wasn't really using his legs or getting his balance before reaching for the next handhold. He got frustrated and quit after falling a few times. 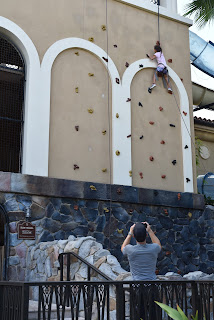 We enjoyed lounging by the pool and the lazy river as well. We all went around a bunch of times and had a nice day relaxing. 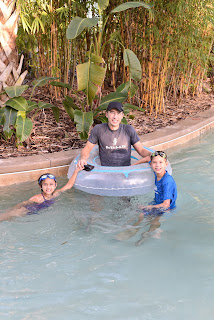 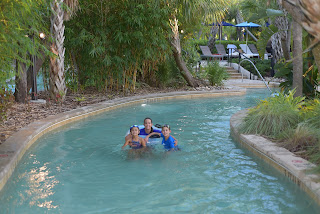