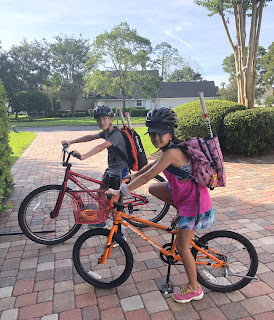 This past week was our first official week of summer break. The kids did a tennis camp in the neighborhood Tuesday through Friday. It was super convenient since they're both doing well with riding bikes and they were able to just ride the bikes to the courts in the mornings. We'd still be a little apprehensive about them riding around on their own, but since they were together we're hopeful they'd look out for each other and make good decisions. We're really not too worried when they get to the main road in the neighborhood with the sidewalk, but the road near our house doesn't have sidewalk and we're a little nervous about cars driving too fast down that street.

The rest of the week was pretty typical. We walked on the beach Friday night and I found a couple of really nice shark's teeth. My leg is feeling a bit better after I sprained it during tennis at Wild Dunes and I was able to take a couple of nice long walks in the neighborhood. I had a long conversation with Mom and Dad on Saturday and then a great conversation with Chris on Sunday. Unfortunately the yellow flies are out again and I had to fight with them pretty constantly on Sunday. 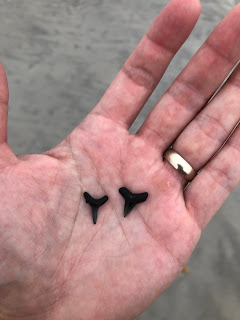 The rest of the weekend we mostly had to stay indoors since a tropical storm was moving through. Lots of rain, so lots of time in the house. I got a new 85mm lens for my camera so I snapped a few pics in the house to try it out and to capture some candid shots of the kids. 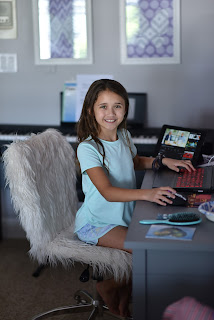 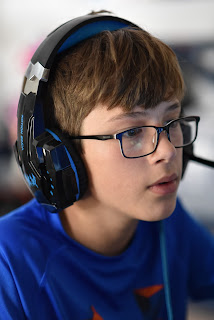 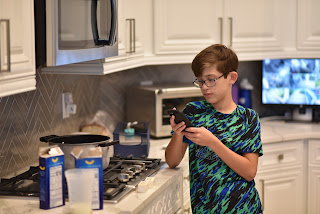 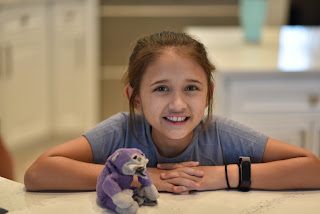 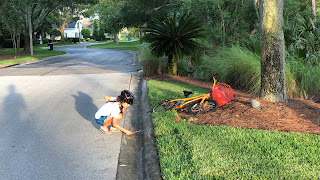 At lunch on Saturday, the kids wanted to take some pics making funny faces. They were trying to show their "double chins". 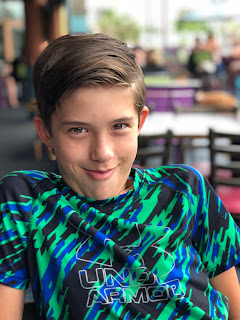 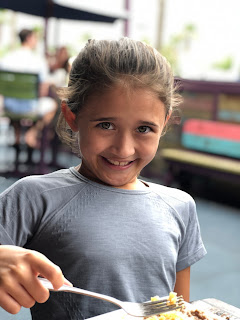