After the kids had so much fun at golf camp, they really wanted to get out and hit some golf balls. Andrea had the great idea of going to Top Golf so on Sunday we all went together. They did a nice job of making the check in process fast and all of the golf bays were separated by plastic dividers and they seemed to be doing a nice job cleaning and wearing masks.

We had fun watching the kids show us what they learned and I was really impressed with how well they both hit. They were a little nervous up on the third deck at first, but once they hit a few and settled down, they enjoyed themselves. Connor was definitely the most consistent and he hit the ball straight and high pretty much 80-90% of the time. Paige had good form and although she had a few wild shots, she was comfortable with her swing and hit it well. Andrea and I were definitely the most inconsistent and wild, before I hit too many more I'd better take some lessons or I'll end up with some bad habits.

I put together a video with some of our better shots, along with some shots of the weather we played through, thankfully no lightning. 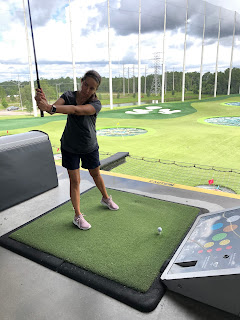 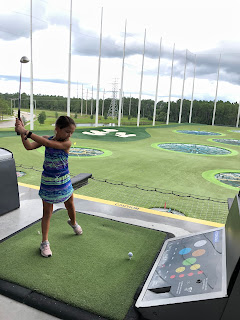 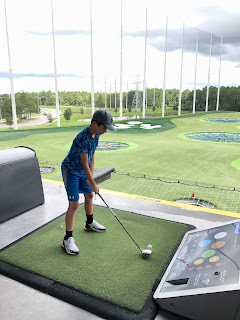 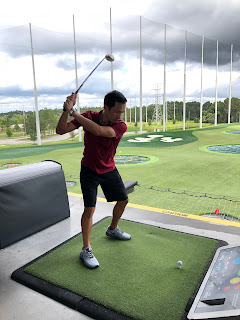 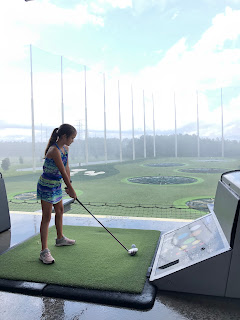 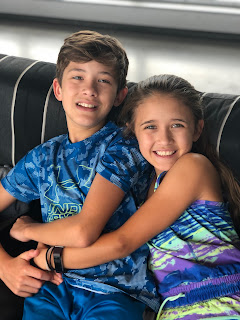 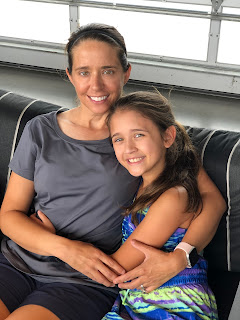 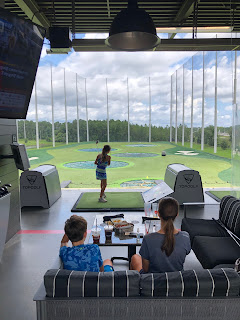