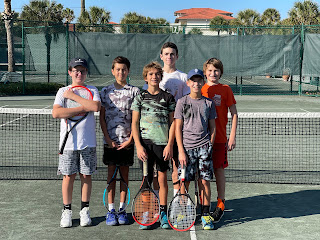 On Saturday afternoon, Connor's tennis team played their final match of the 2020 fall season. Their match against Atlantic beach was rained out a few weeks ago and Andrea has been working with their coach and team mom to get something scheduled for quite some time. There were six boys available for the match so we were able to schedule a singles match for everyone and a doubles match as well. The team won the match, winning 3 of the 4 singles lines and both doubles lines. The team ended up with a 6-0 record and was the only team in the 14U division that was undefeated. Unfortunately because of the way the league is setup, only the top 2 teams play each other in a playoff. While our boys had the best overall record they didn't have the opportunity to play the last place team so there were two other teams that had more overall games won because of their easier schedules. Due to this scoring system, our team technically ended up in 3rd place. It seems a bit crazy, especially since our team has won every head to head matchup and beaten every other team in the league including the 1st and 2nd place teams.
After the match, Andrea was presented with a thank you note and a gift card to the PV shops for all of her hard work. This was Andrea's first time as the team mom and she did an awesome job coordinating the matches, organizing the lineups, working with other teams to schedule makeup matches, coaching the boys during matches when needed, confronting other parents that were breaking the rules, and sending a lot of emails.
Some of the families went over to the beach and the pool to hang out for a little while and Andrea snapped a pic of the boys in the pool. 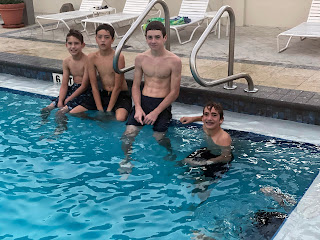 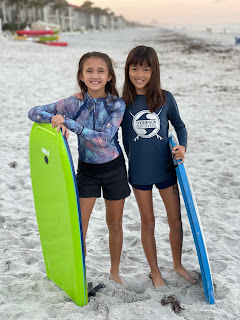 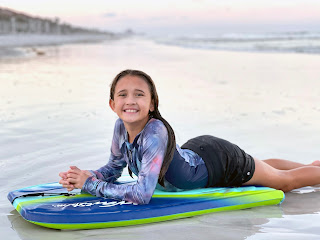