Paige and Connor both played in a Level 8 Tennis Tournament at Bartram High School on Saturday. We didn't Trick-or-Treat or go out for Halloween during the pandemic, so this was really our only plan for the day. Paige's start time was 8am so I went with her to get started and Andrea and Connor drove up later separately. 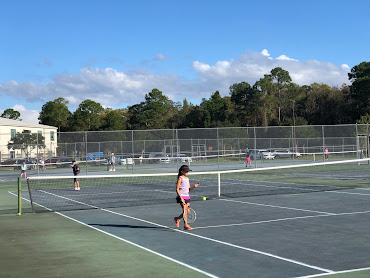 Each match was a short 5-set format with no-ad scoring, so they were pretty fast and Paige played really well. She picked smart shots and put all of her practice and coaching to good use, rolling through the first two matches without losing a game. Her third match was a little more difficult because her opponent wasn't great about her ball calls and even played a couple balls that had bounced twice. Paige got a little frustrated when she lost one game early in the match, but Paige stayed consistent and won 5-1. 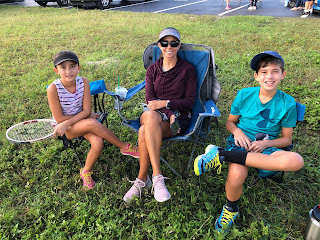 Andrea and Connor arrived before Paige's final match of the day. Going in to her final match, she played against a girl that had only lost one match and Paige won 5-0, definitely cementing her place as champion for the day. 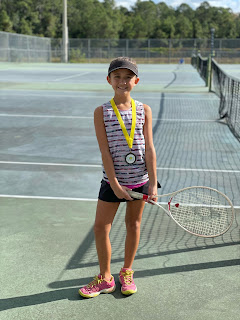 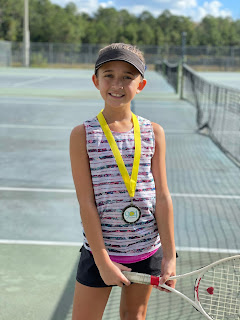 I wasn't able to record Paige's first match because it was on a court that was difficult to see, however Paige really wanted me to take some videos so I found a good spot to record and was able to video her last three matches. I ended up with over one hundred videos and I asked Connor to help me since he's been doing a lot of video editing recently. He put them all together in to a video so we could watch all of her points, thanks Connor!
After Paige finished, we watched Connor get started and then I took Paige to Nektar for a fruity bowl as a reward for all of her hard work. 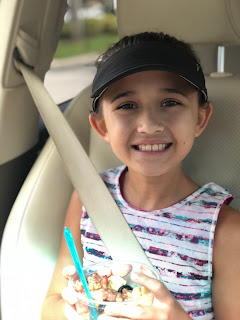 Connor had to play as the day warmed up and also played four matches. He had some close games, but was able to win most of his matches with a fairly comfortable lead. Connor won his first three matches 5-0 and won the championship match at 5-2. 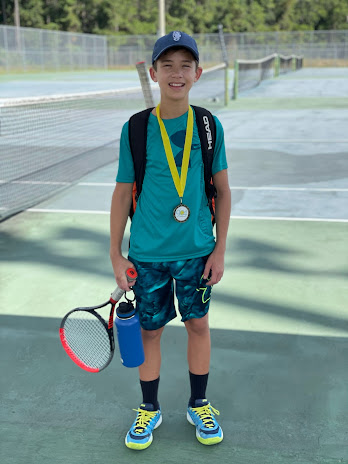 Unfortunately, Connor's matches were on the middle courts and there weren't any good places to record, but Andrea did get a picture of Connor with his first place medal after the match.

Great job Connor and Paige! We are so proud of you both!