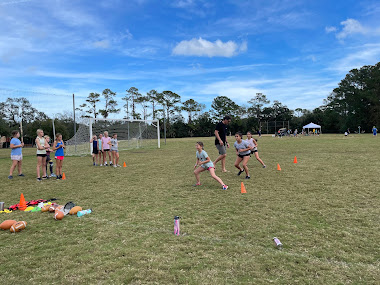 Paige had her first flag football practice yesterday afternoon. She never had much interest in football, but in gym class she formed a very strong team and they made it to her period's championship game. Her friend Saylor's put together an all-girl's team and Paige joined it with a little trepidation. Originally they were going to be in an all-girl league, however it looks like there weren't enough girls signed up so they may end up playing against some boy teams. Paige enjoyed the practice and I'm hopeful she'll have a lot of fun with her friends.
Posted by Shawn Vernon at 2:14 PM