Do Connor and Paige look alike?

We get this question a lot and hadn't really taken the time to really think much about it or look at any old pictures. Going through Connor's pictures when he was the same age that Paige is right now (a little over 3 weeks), he has a pacifier in the vast majority. We found one picture of Connor that was pretty straight on with no pacifier and then realized we didn't have a really good one of Paige in the same pose, but had one that was close. I'd actually posted it before, but rotated it so we could compare the pics. For now this is the best comparison picture we can come up with.

They both have really similar noses and hair. Paige has much bluer eyes than Connor and different lips. I think they look much more similar than I would have guessed, but definite differences. Will be exciting to see what Paige looks like some day, I really don't think Connor looks much like he did when he was an infant. 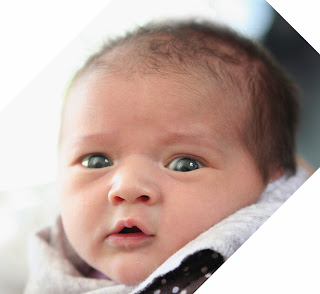 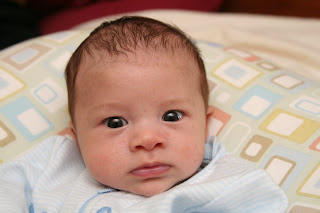