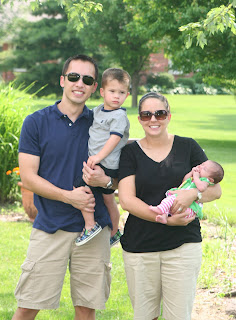 On Sunday we went to Odessa with Paige for the first time. This year was Grandma Genie's turn to host the Herrick reunion. Everyone brought a bunch of salads and goodies, Andrea says that it's her favorite meal of all time. We pigged out on brats, burgers, hotdogs, all kinds of salads, pies, brownies, etc. It was a big turnout, there were 31 people that showed up even with 10 people missing it was a full house. The weather was a little hot and humid, but in the shade with a breeze it was nice enough to be outside.

Connor is usually very shy, especially around lots of people, but he warmed up to everyone really quickly and was running around playing with everyone. Paige hadn't slept much the night before and zonked out as soon as we took her outside. She loves to be warm and outdoors. 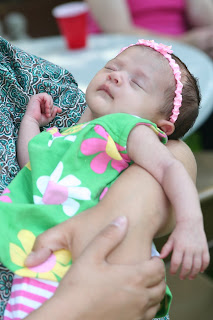 Three cousins had new babies and all were born within six weeks of each other. Jessica was showing off her little man Langston who was eight weeks old. Jennifer brought Charlotte who is ten weeks old. Andrea had baby Paige, who was exactly one month old that day. Just over four weeks old. 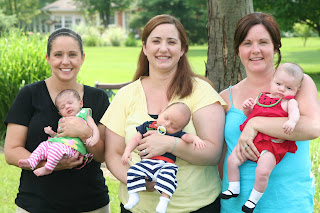 With the three new babies, that brings the number of great grandkids to seven. 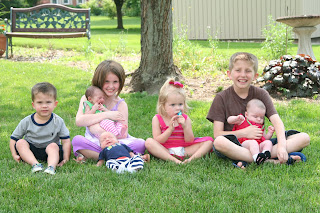 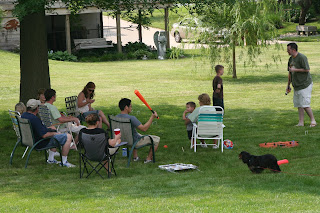 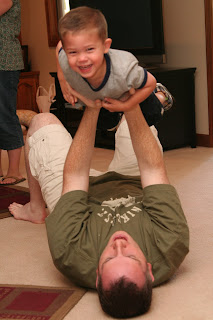 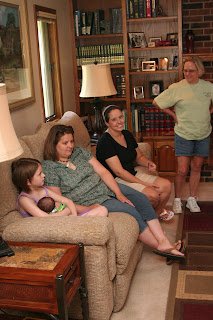 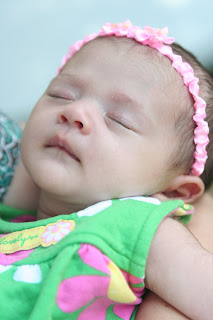 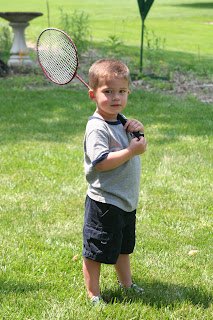 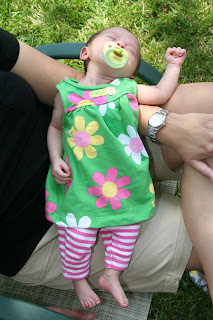