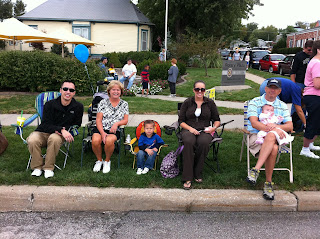 This weekend we went to the Liberty Fall Festival to see the parade and check out the booths. Connor loved the parade, he knew what to expect this time and was really excited for the candy everyone was throwing, but still covered his ears when the motorcycles came by.

We used our "Sit and Stand" stroller for the first time today and it worked pretty well. It was nice and narrow to get through the crowd and Connor was able to sit, stand, or get off the stroller on his own. 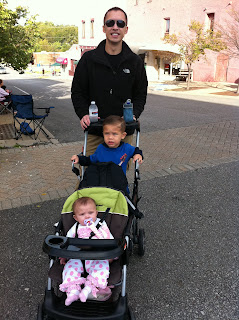 Mommy really liked looking for girly stuff for Paige. She found some headbands and hair clips that she couldn't resist buying for her little girl.

Paige didn't like putting them on, but was pretty happy after she forgot they were there. 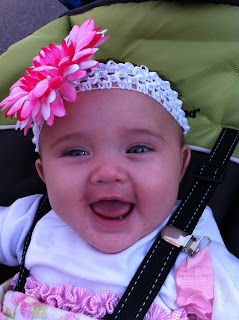 Grandma Genie and Grandpa Garry met us at the festival just before the parade, we were so happy they could join us. 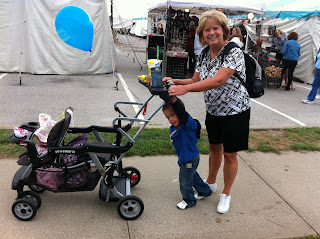 Connor sat with Daddy for most of the parade and we talked about all the people and things going by. Connor actually waved at some of the people! Good work shy boy! 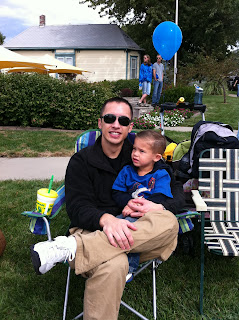 Paige wasn't too interested in the parade, and Grandpa Garry held her while she napped. 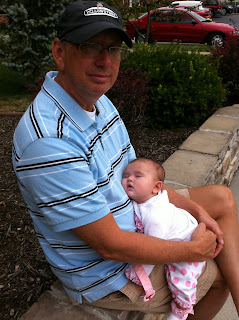