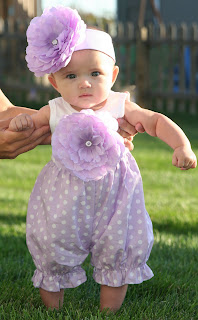 She has been growing up super fast and gets cuter every day. She is getting much more coordinated and it's neat to watch her try and interact with her surroundings. She will reach for and try to grab anything that's near her, then she'll try to stuff it in her mouth!

She loves Chloe and likes to grab her soft fur. If we let them loose on each other, Paige would pull Chloe's ears off and would stuff Chloe's nose in her mouth. Chloe would lick all the slobber off Paige's face and would stick her tongue up Paige's nose. We're definitely sure to supervise those two when they're around each other. We are also very careful not to leave anything around that Paige could choke on and we've made sure that Connor understands that Paige can't play with his cars.

She likes to play in her exersaucer and likes to practice standing up with a little help. She's still super wobbly even when she's sitting down, so she needs a hand to hold on to at all times.

Paige has been sleeping very well lately and goes the entire night without having to eat. This past week she has had a little bit of a stuffy nose and after she got four shots at her four month appointment she hasn't had the most peaceful nights, but prior to that she was going 10-12 hours at a time through the night.

We love you Paigie Pie! 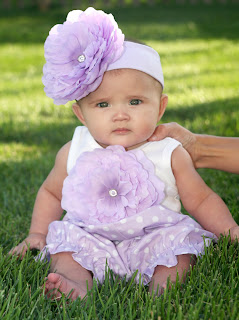