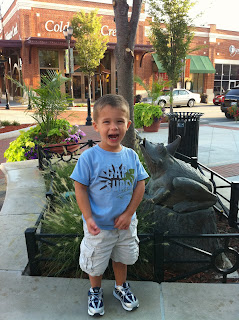 We went to Zona Rosa tonight to get some frozen yogurt and Connor played around the fountain that was nearby. We snapped a few pictures because he was having such a good time and because he was surprisingly not too shy around some of the other kids that were playing there. 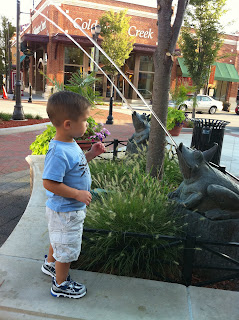 In the last picture he's following some of the kids around. We had to keep telling him to watch where he was going! The other little boy ended up falling off, but thankfully no falling for Connor and no blue leg! 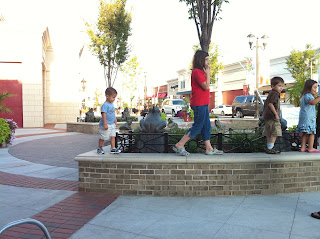