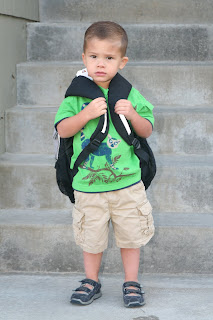 Connor started school on Monday. We've been looking forward to him starting in Ms Cindy's class and Monday was the big day. He was in pretty good spirits about it all and I think had gotten used to the idea of going on the bus and going to school. We took some pictures of him at our house and then we took him to Ms Rachel's house (his babysitter). 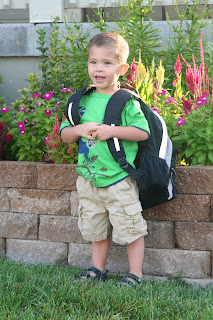 That afternoon before Connor went to school, Andrea came by to see him off on his first day and took a picture of Connor with Rachel's son Logan. Logan goes to the same school and rides the same bus but is a year older and in a different class. 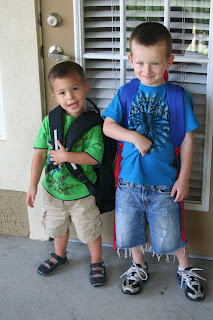 Connor getting on the bus. 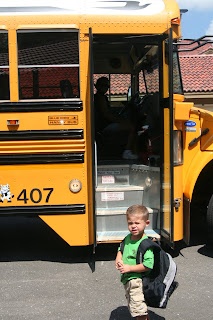 Andrea was there after school to see Connor get off the bus. He survived! He did well at school, but for each day on his little report card the teacher noted that Connor doesn't really talk much or play much with the other kids. He definitely takes a little while to warm up to new people. 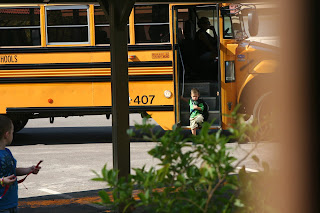 sweet boy! going to school with that huge backpack- so grown up.