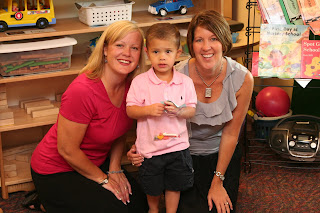 This past Friday we all went to Connor's new school to see his classroom and meet his teacher. He starts school this next week so we visited the new classroom to see how the school was set up and to see where he was going to get his learn on. His teacher Ms. Cindy (on the right) had a little scavenger hunt set up for us to go on so we could learn where everything was.

Of course, when we got there, Paige pooped. We'd left her diaper bag out in the car so it took a little while to get that taken care of. 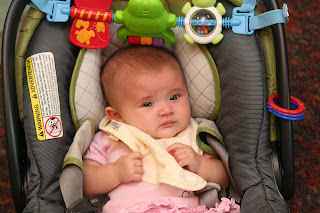 In the mean time, Connor found a neat truck and bus to play with. 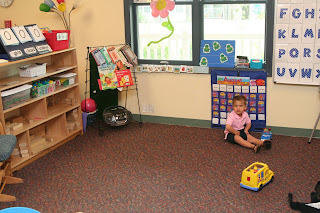 Unfortunately, by the time we got Paige straightened out, Connor was only interested in playing with the truck and bus. He didn't want to go anywhere, see anything, or give up the toys. When he had to put them back he melted down. He's in time out in this picture. 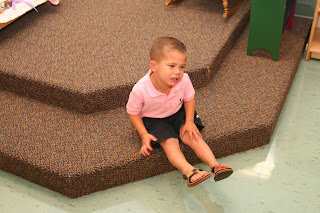 We dragged him through the scavenger hunt and his school was set up very nicely and we're excited for all the new friends he'll make and for all the things he'll learn. Connor is probably excited to play with the truck and bus!

Good luck next week in school Connor!
Posted by Shawn Vernon at 1:15 PM