The Rudolph kids visit the Vernons 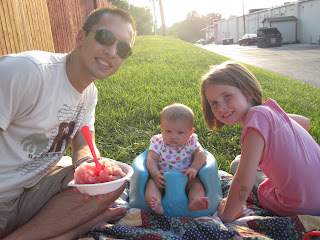 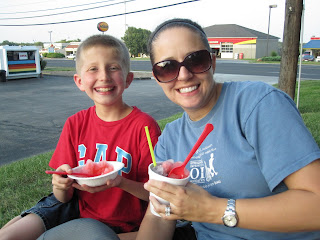 Allison and Drew came to stay Saturday night with us this weekend. Connor really enjoys hanging out with his cousins and this was their fourth night together (Connor has been together with them for two nights with Abby and Nate and one night with Grandma and Grandpa Anders). They are such good kids and we enjoyed spending some extended time with them and being around them. They're both very sweet and helpful and Connor has so much fun playing with them.

On Saturday the older kids all went swimming with Andrea while Shawn stayed home with baby Paige. After everyone got cleaned up we ate some tacos and then went out for snow cones.

Allison got a huge one since she was the champion of the timed slide event (more on that later). 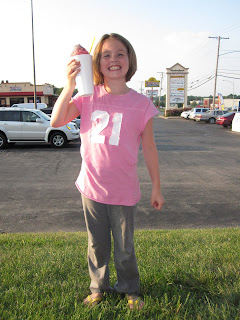 Drew got a medium snow cone and enjoyed it, but I think his stomach is a bottomless pit. There was a Chinese restaurant near the snow cone stand and he was dropping not-so-subtle hints that he wouldn't mind trying some Chinese food. 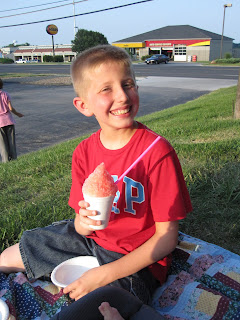 Connor stayed surprisingly clean given that we were eating some sloppy snow cones. 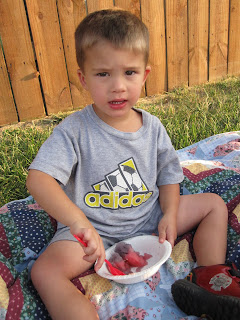 We dipped Paige's Nuk (pacifier) in a little snow cone to give her a taste. She couldn't decide whether she liked it or not.