Paige and Connor playing together 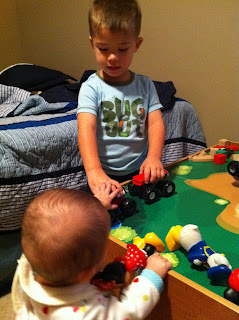 Daddy was playing on Connor's train table and decided to see if Paige would hold herself up on the edge of the table and watch big brother play. Sure enough, she grabbed on tight and was enthralled watching Connor bring his toys to life. Daddy was wishing he could capture the moment and realized his phone was in his pocket. Not the most fantastic pictures, but fun to see them together.

In this picture, Connor's explaining to Paige that she can't play with the cars because she might put them in her mouth and the pieces might come off. He did let her play with some of his "guys" (Mickey, Donald, Goofy, etc). 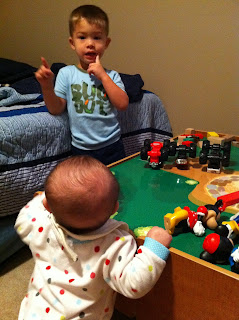 Connor being VERY entertaining up on the table. 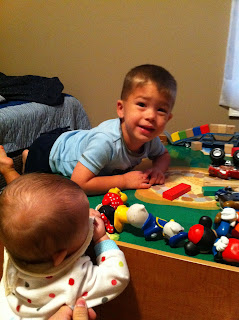 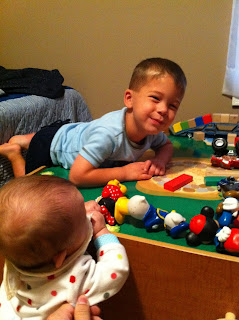 Here's a bonus picture of Connor being silly with Ga. 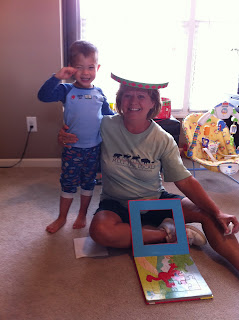