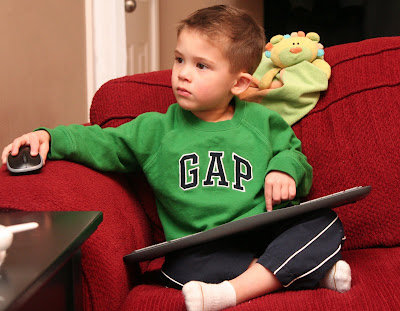 Connor loves games, but up until recently the only games he has mastered were iPhone and XBox Kinect games. This past weekend we gave computer games another try and he did really well with them. The coordination of the keyboard and mouse are pretty tricky and Connor finally mastered them and unlocked a whole new world of online games to play. A lot of his favorite cartoons have online games and he's really loved playing Backyardigans and Dora games online.

He does best with the games that are mainly keyboard based, but he's been getting better and better with the mouse as well. In the pictures, he's playing as Swiper from Dora the Explorer. He's using the arrow buttons to move Swiper and the spacebar to jump. He's also got to use the mouse from time to time to pick things out on the screen to help Swiper along. 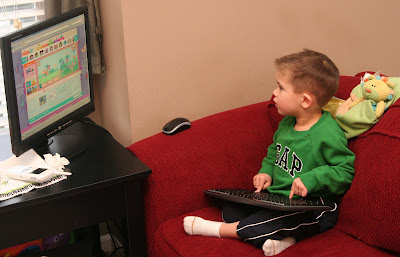 In this video, Connor's just finished the game.