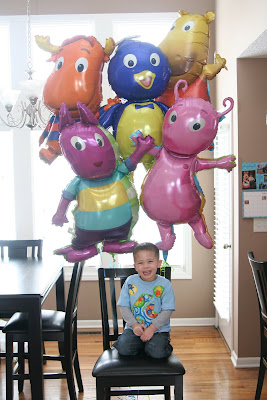 On Saturday we celebrated Connor turning four years old with our family! Connor was super excited about it and we'd been talking about it for weeks. Unfortunately his birthday fell in the middle of next week, so it was fairly confusing for him that we were celebrating early. He kept asking "Mommy, now I four?". At first we corrected him and tried to explain, but eventually we decided it didn't make any difference and just told him yes.

Connor's really been in to Backyardigans, a show on Nick Jr. It's definitely his favorite show, so Mommy went all out to find him awesome Backyardigan themed decorations and goodies. She got him a cake with all the guys, five balloons with the characters, a special custom made shirt with Backyardigans and a big 4, plates, napkins, etc. Connor was super excited to see everything from his show come to life around him.

Connor with his neato cake. 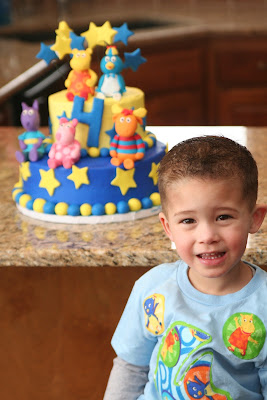 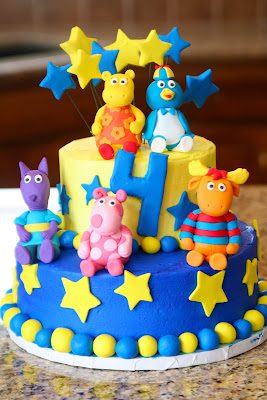 We had Connor take a picture with everyone that came to his party. Of course Mommy, Daddy, Paige and Chloe came. 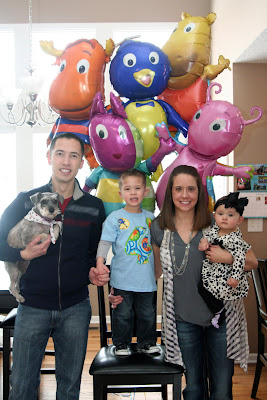 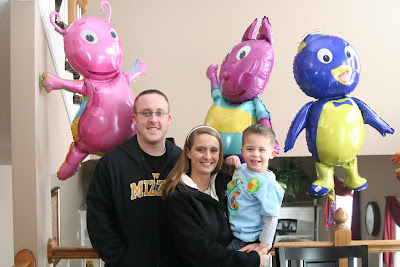 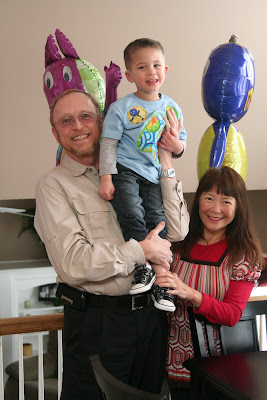 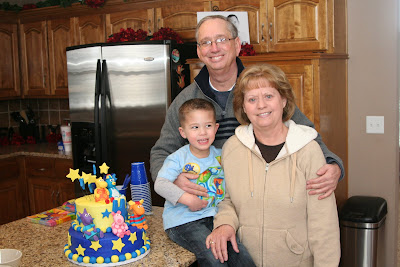 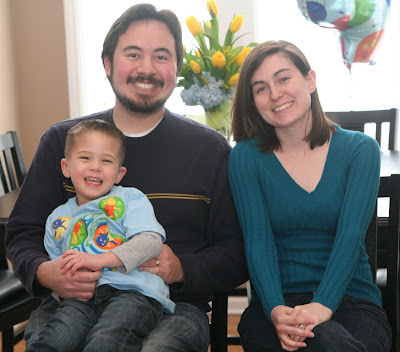 Allison, Abby, Nate and Drew. Surprisingly it was the adults that didn't cooperate in this picture. Nate is doing his "Connor picture smile" impression. 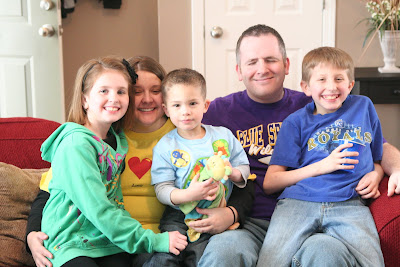 After everyone arrived, Connor opened his presents. Lots of great stuff, thanks everyone! 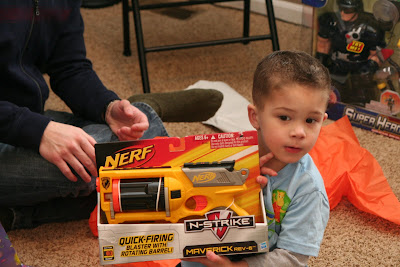 Paige liked the bunny puppet and Connor was nice enough (and distracted enough with other things) to let her play with it. 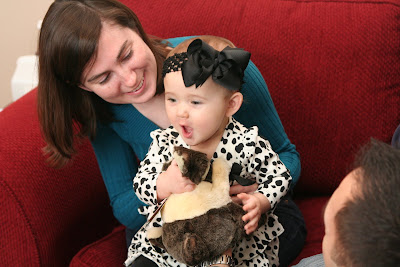 The last present Connor got was his bike. He was distracted with finding all five of his "guys" (action figures) and after a quick glance at the bike he told Mommy that he needed to find them. It was probably the most underwhelming reaction to a present in the history of the world.


A little while later we put Connor up on the bike and then he seemed somewhat interested. We're sure he'll like it more once he figures it out and it's finally nice outside. 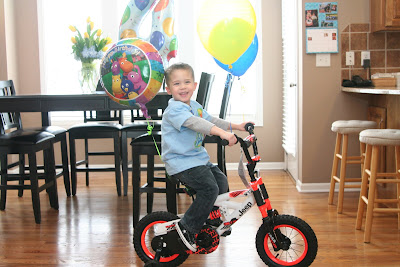 After all the presents it was time to eat the cake! We all sang happy birthday and Connor blew out the candles (with just a little help). 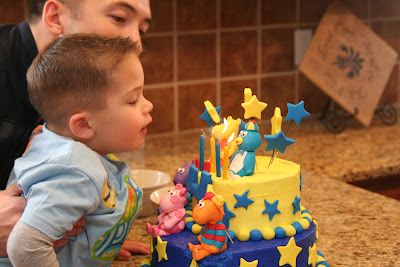 You can kind of see in the picture of the cake that the poor Backyardigans guys didn't stay on the cake exactly as planned. We had to prop Pablo (the penguin) up because he kept falling backwards. Tyrone (the moose) fell off the side and took a bunch of frosting with him. He also needed to be propped up and the frosting was repaired as well as possible.

After everything, it didn't matter. Everyone on the cake and the cake met their end the same way! 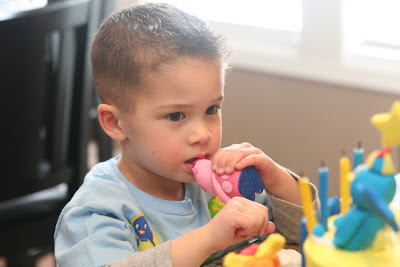 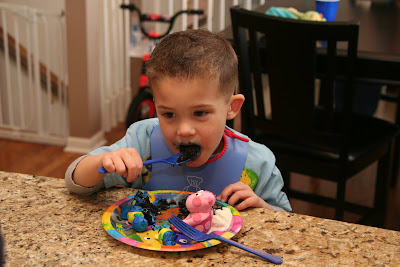 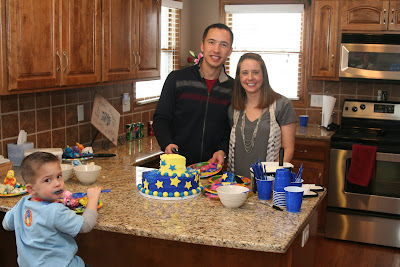 After cake and snacks, most everyone left. Later that night we went to Minsky's for some pizza. 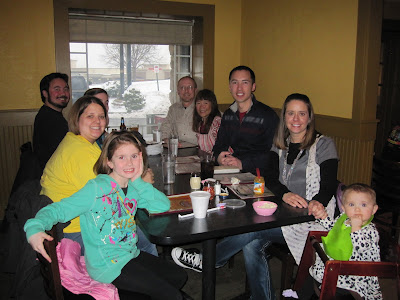 Connor sat next to Uncle Kiss and they had fun playing in the arcade too. 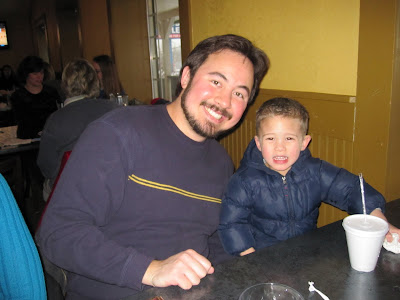 What a great party!

Connor had a great day. Later that night before bed, Mommy asked Connor what his favorite part of the day was. Connor said it was when he found the fifth guy who had been missing all day. When asked what his favorite part of the party was he said it was the cake. We thought the best part was having our great family all come to share Connor's special day together. Thanks everyone, we love you all!
Posted by Shawn Vernon at 4:21 PM