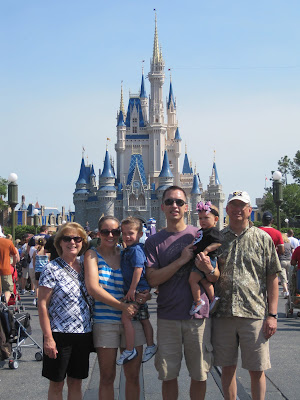 On Sunday (Mother's Day), before Grandma and Grandpa arrived, we went to the Magic Kingdom. It seemed crowded, but actually we realized later that it was fairly quiet by Disney standards. We rode a number of rides in Tomorrowland and Fantasyland and left a little early after Grandpa and Grandma made it to the resort. We met up with them late on Sunday and ate dinner at Uno's. The next morning, Monday, we went back to the Magic Kingdom and tried to see the rest of the park. Overall, we had a great time, although it was a bit hot and the crowds + lines (especially on Monday) were pretty hard to deal with.

We loved riding the "People Mover" in Tomorrowland. It was Paige's first ride! 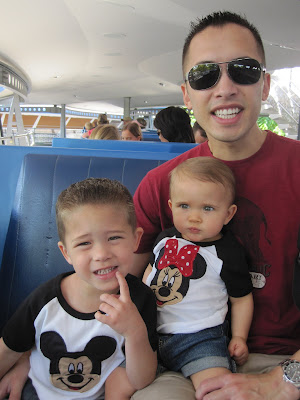 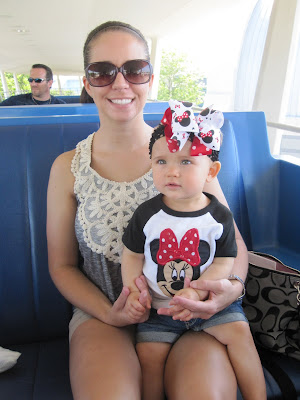 Paige rode the Astro Orbiter with Daddy, and Daddy managed to get this picture of Connor and Mommy in another rocket during the ride. 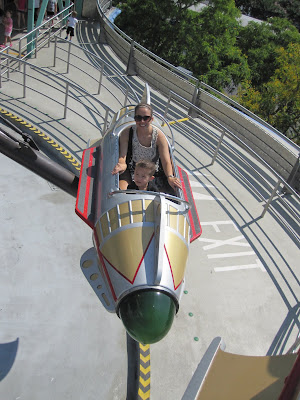 We're definitely getting old, Andrea and I were both pretty dizzy after we got off.

Connor rode the Buzz Lightyear ride with Daddy and shot up a lot of Zerg. 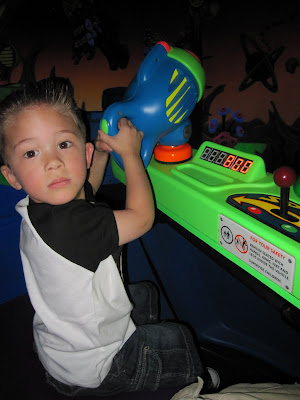 Connor and Mommy on the teacup ride. 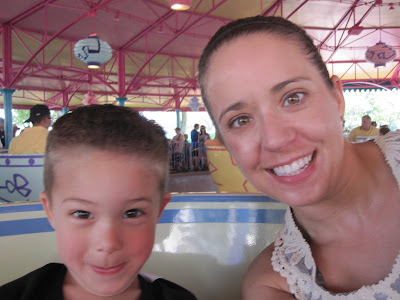 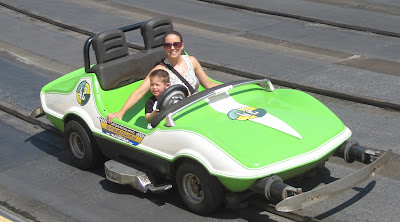 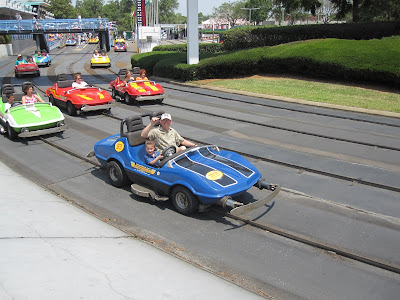 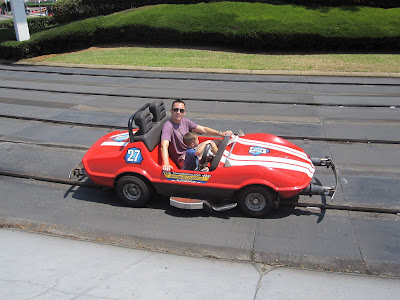 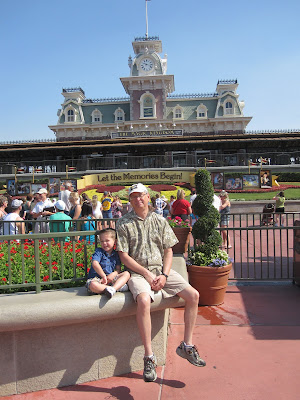 The Merry Go Round was fun and you typically didn't have to wait at all to get on since it held so many people. Connor rode it four times and Paige did once too. 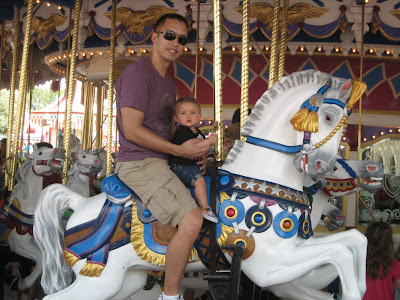 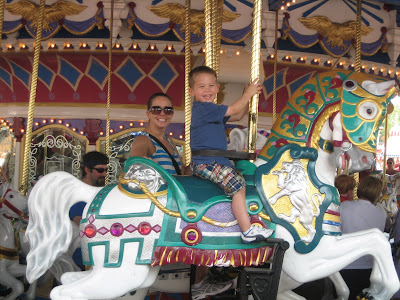 Connor rode the Dumbo ride on day #2 first thing with Mommy and Grandma Genie. It was super crowded the entire day Sunday, so we told him we'd ride it first thing on Monday. Well, it was a 45 minute wait on Monday, probably the longest wait of the entire trip. Considering there were 3 or 4 rides just like it in the park, it was a silly thing to wait so long for, but we'd promised Connor he could ride it, so the girls valiantly waited in the line with Connor. It was a fun ride and Connor was able to steer the elephant up and down with a lever. Connor loved it! 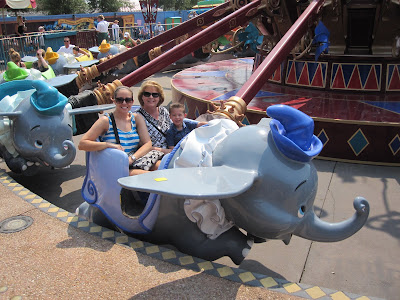 We took the single "BOB" jogging stroller with us and it worked out pretty well. It's easy to push and we were able to hang bags off of some hooks on the handle. Connor was also able to sit in front of Paige if he got tired of walking. It wasn't the most comfortable spot, and Paige kicked him mercilessly, but he did pretty well as long as he held her legs down or if she was asleep. 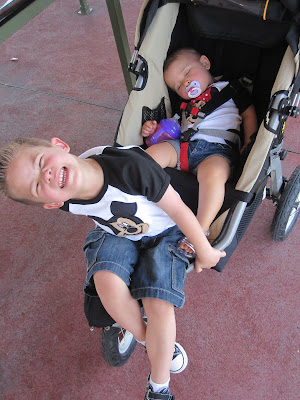