After work on Thursday, we made the epic journey from KC to Elgin. We'd considered doing the drive in pieces, with part on Thursday and the rest on Friday. Once we really thought about it, we decided to try and do it all in one go. It would be nice to get there and unpack once rather than unpack on Thursday, then re-pack on Friday for the last part of the drive and then unpack when we got to Elgin.

It was a about 8 hours of travel including the stops. That's not much fun for adults, and it is really asking a lot of two young kids. Considering everything, they did an awesome job. There were some times it was hard to keep them occupied, but these days with DVD's, iPads, iPhones, as well as traditional things like books and toys, it's a lot easier.

Paige faced backwards, right in front of Connor and they actually interacted quite a bit throughout the drive. Connor was in the very back and was able to see out quite well. He seemed to like his new spot. We freed up his regular spot so Mommy or Daddy could sit next to Paige and interact with both kids. 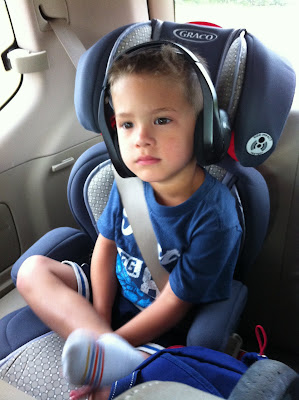 A quick video showing our layout.

Paige slept some, but not nearly as much as she should have. These seats don't offer the best sleeping positions. 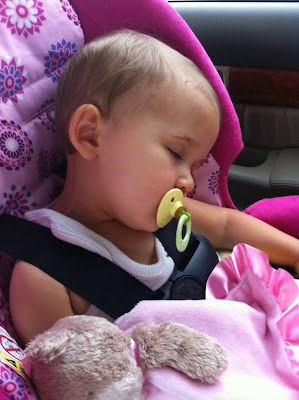 When we got to the hotel, we were all pooped. We set Paige up in her pack and play and Connor crashed on the chair in his sleeping bag. They both fared well in their temporary beds throughout the weekend. 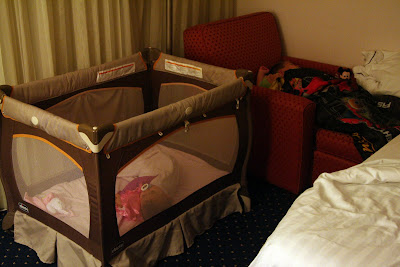