5th of July barbecue at Betty and Damion's 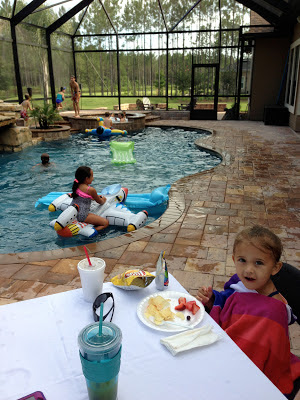 For the fifth of July, on Friday, we went over to Betty and Damion's house after work. Their pool has a fun waterfall to jump off of and they've got a nice big yard to play in. 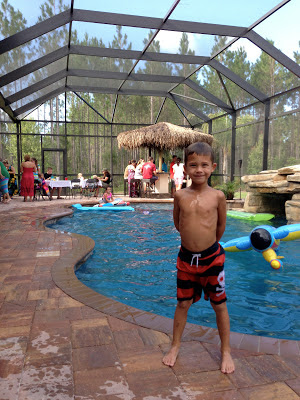 Connor enjoyed jumping off the waterfall with the big kids and all the boats and rafts. 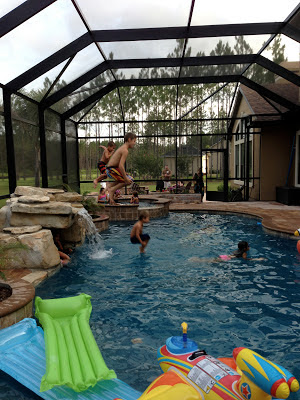 Andrea chit chatted with the ladies and watched the kids quite a bit while I goofed off. 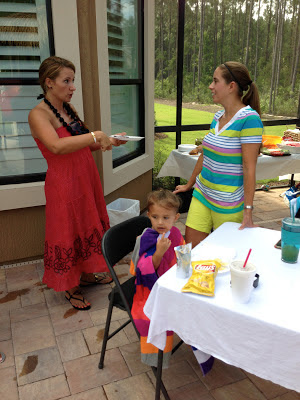 Amanda and Betty bought some sparklers for the kids as well as some pretty big fireworks. The kids loved the sparklers, and we let our kids give them a try. They set it up so they'd have a cup to cover their hands from the sparks and it worked fairly well, but Paige got a little wild with hers and I snapped her pic just as Andrea was grabbing the sparkler away. 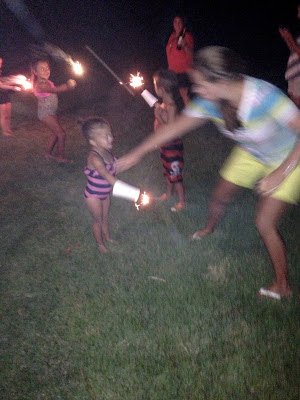 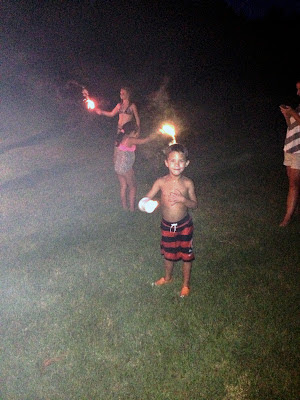 I played horseshoes and football with the dads. We started out with just catch and eventually put together a couple teams and ran some plays against each other. Our team won 4-2 and I caught three of the touchdowns for our team. When Andrea was watching of course I dropped the passes to me so not sure if she will believe her ex-marching band husband was the MVP. The pool felt great after football! 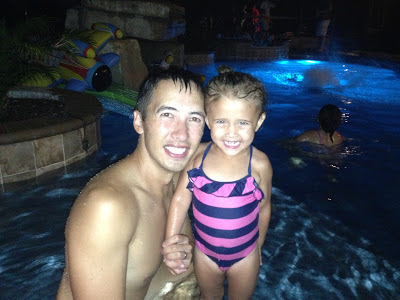