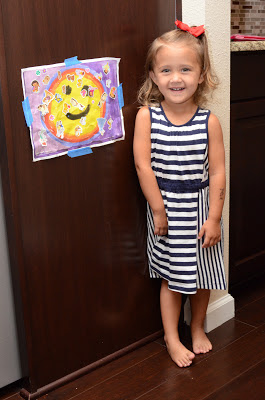 This post is probably a month behind, but wanted to make note of the fact that Paige is officially potty trained now. She has known how to go to the bathroom for a while before this, however it was never consistent and she would still go in her pull-ups.

With Connor, there was a point where we tried to force the issue and it was a mistake. With Paige, we decided we'd be patient and wait for her to decide when she was ready. After a few weeks of that, Andrea decided that she'd take matters in to her own hands and force the issue. I was a little apprehensive about that, but decided it was worth a shot.

Andrea put together a sticker page for Paige and when Paige went in the potty she'd get a sticker to put on her paper.  When Paige stayed home during the day with Andrea, Andrea would take her every hour consistently to go potty all day long. It was a lot of work, but after a few days of it, Paige went from morning to night without any mistakes.

Now, she's consistent about it and she will even wake up in the middle of the night and will go potty by herself. She still wears a pull-up at night, but most of the time in the morning it's dry. Congrats to Paige and great job Andrea! 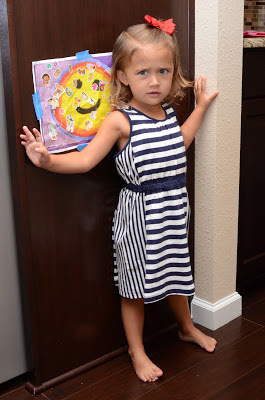 YEEEAAAH! That's always a milestone (for the parents).