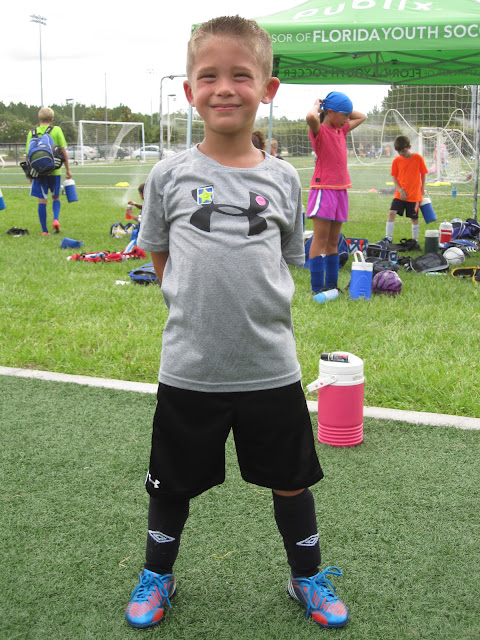 Connor is off for the summer and Andrea has been doing an amazing job keeping him active and busy. He's got a lot of time this summer and Andrea and I both decided that being at home is fine for some days, but we knew he'd get bored and wanted to take advantage of the time he has off from school. Most of the camps he's been involved with are just in the morning until afternoon and most aren't every day of the week. It gives him something to do and then when he's home in the afternoon and evening he enjoys and appreciates his "home time".

He's really enjoyed all of the camps this year and always looks forwards to them. I can't think of one time he complained because he had to go. Andrea did a good job picking things he'd like and mixing up his weeks. He typically doesn't do the same camp for more than a week and then he gets to try something new. He's done a mini-camp that involves swimming and crafts at the Julington Creek clubhouse, he's done soccer camp and basketball camp so far.

We took some pics of him on the last day of his soccer camp. He played well even though it was much harder to score since everyone was playing a dedicated position and there was actually a goalie. 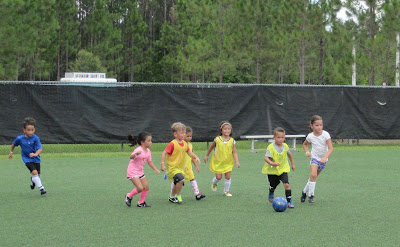 Trevor's also been going to the camps with Connor. He hasn't really been too excited about the sports camps. He said he didn't like the basketball camp because all you did was shoot hoops and dribble the basketball. Trevor doesn't much care for sports but he's been a good buddy over the summer and I think it's helped both of them when they go to a camp and already know someone. 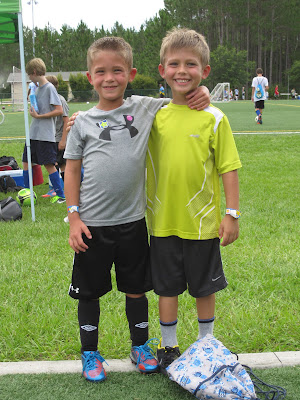 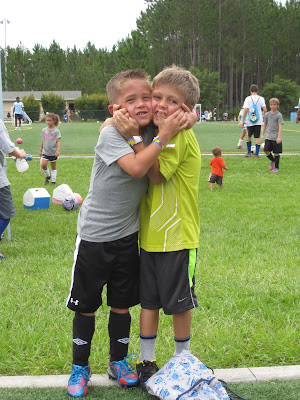 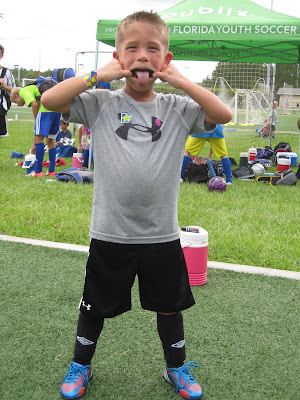 Basketball camp was fun with coach John. Connor and Trevor were some of the smaller kids so they didn't get the most play time and struggled since they were shorter. 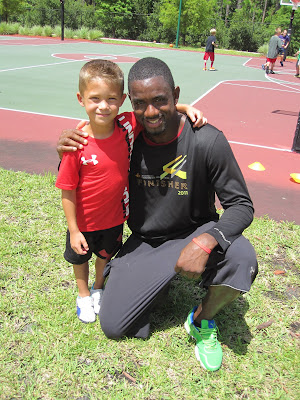 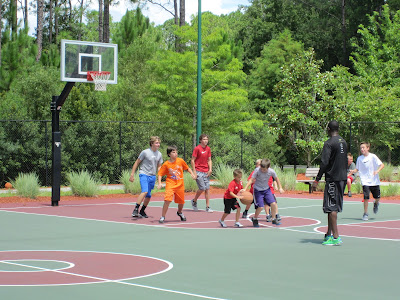 Overall, it's been a fun summer for our little man. I'm glad Andrea's been so dedicated to finding things for Connor and she's been awesome about taking him around to everything and also spending some special days with him.
Posted by Shawn Vernon at 12:04 PM