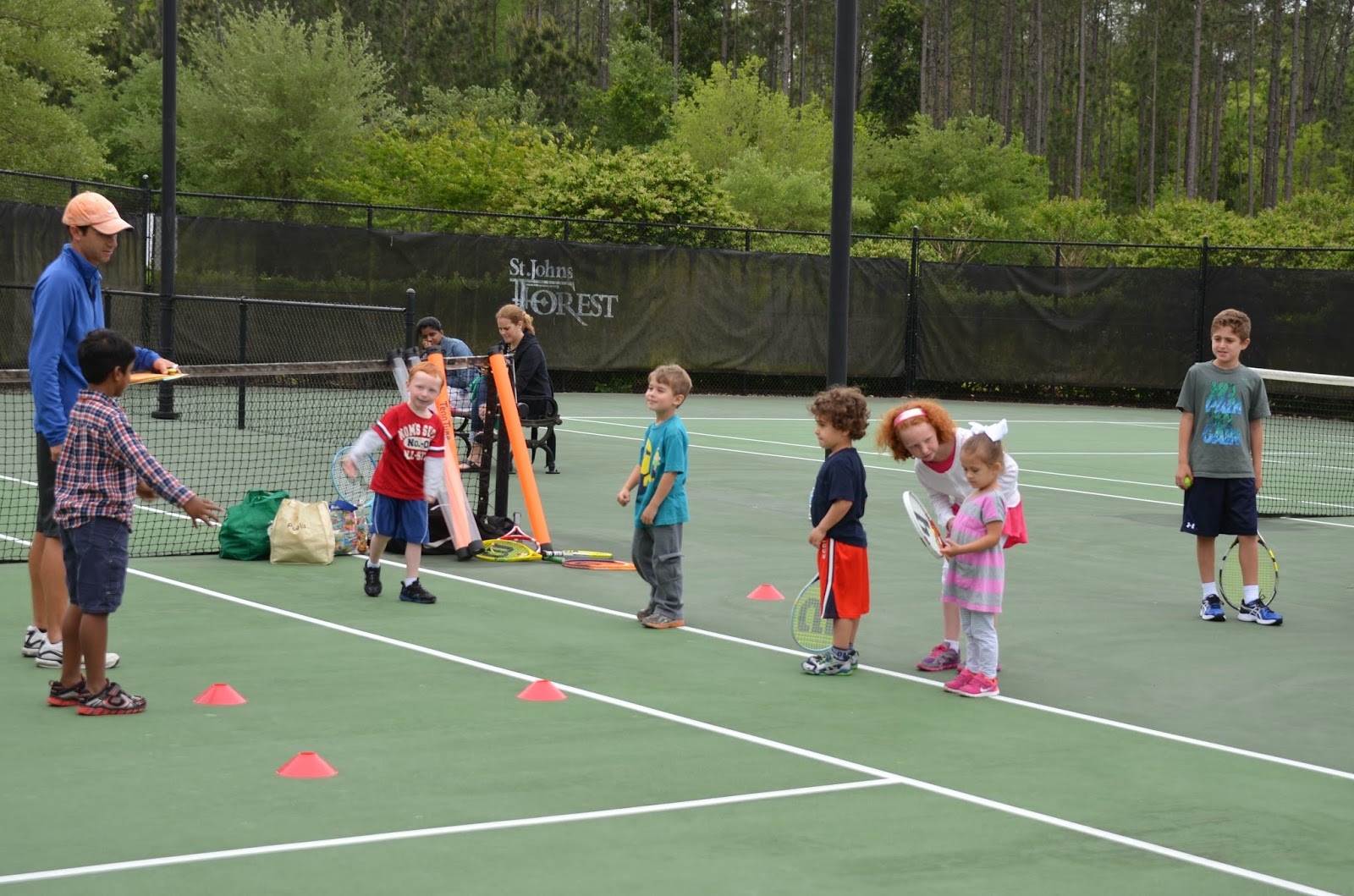 On Easter Sunday, everyone still had their tennis lessons and we decided to let Paige give the 5:00 lesson a try. Coach Jeff typically only lets kids participate that are at least 5 years old, but the PlayBall teacher at Paige's school said Paige had good hand-eye coordination and Jeff said he'd let Paige give it a shot to see if she'd be good and do well enough to make it worth the time and money.

We told Paige she'd get to do tennis at lunch and she was very excited the entire day. She kept asking us when it was time for the lesson. We're very glad we took her, she listened as well as any of the little boys at the group lesson and really enjoyed herself.

After stretching, their first drill was to run to two orange markers and hit a ball over the net that was thrown to them. Paige hit about half of them and the other half bonked her on the head. The kids earn tokens for doing good things during the lesson and Paige loved grabbing them out of the bag. She ended up with fifteen tokens at the end of the lesson. 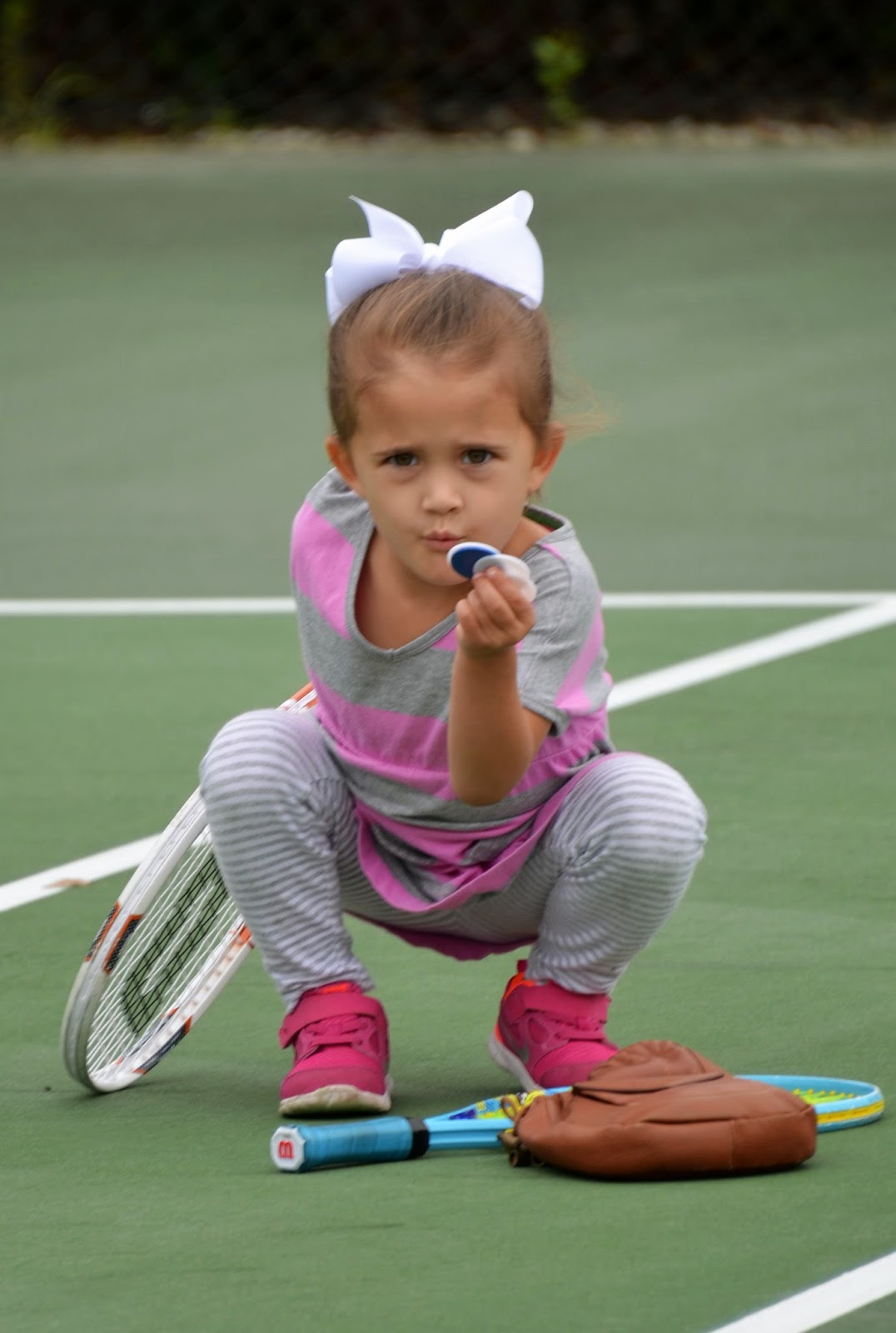 Connor's lesson was after Paige's, so he came along and helped Coach Jeff by picking up balls during Paige's lesson. 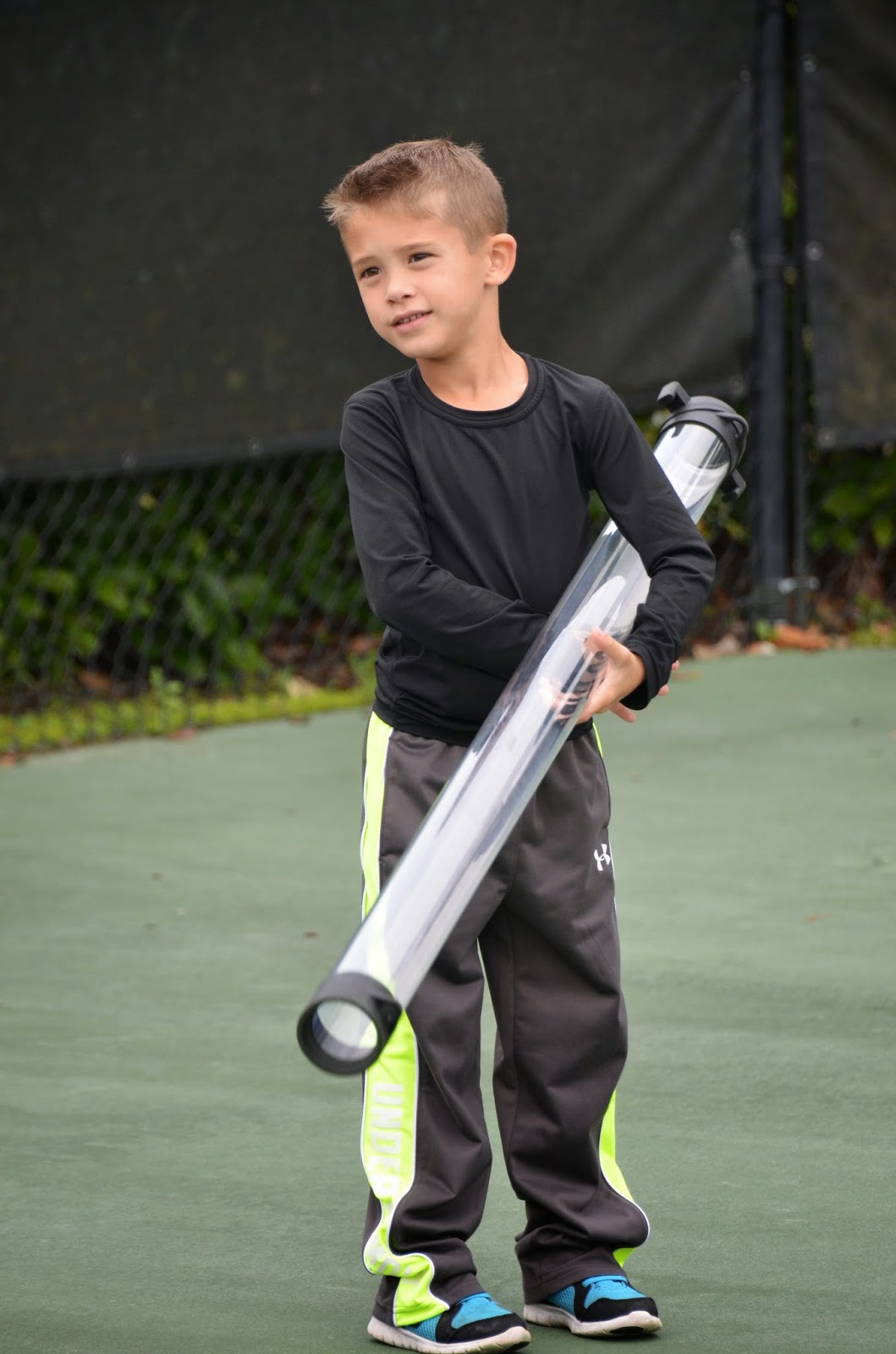 The last drill they did was to balance a ball on their racket and walk on the lines. Paige struggled a little with it, so they put her ball on a cone and she balanced it all while she walked the line. 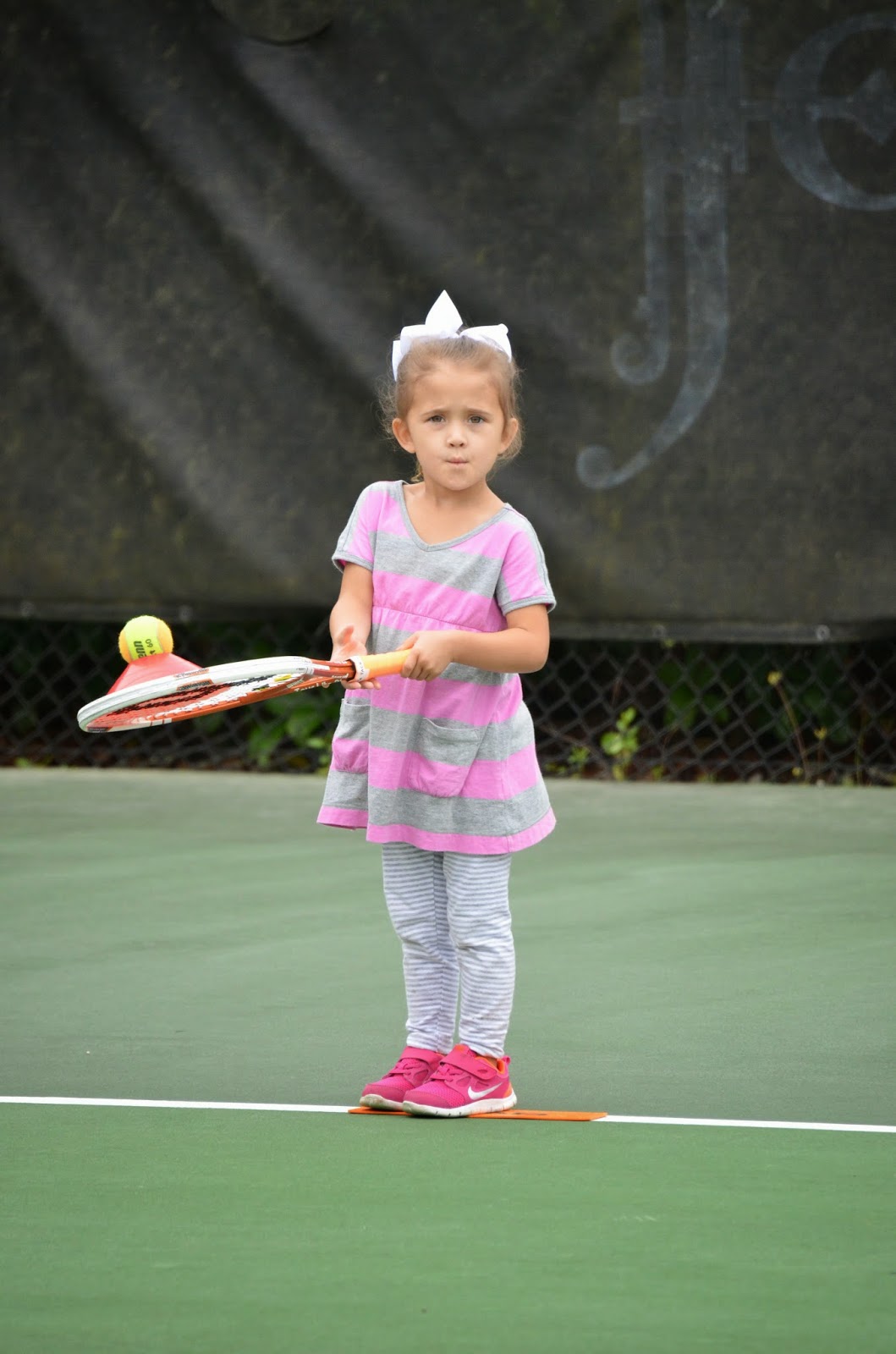 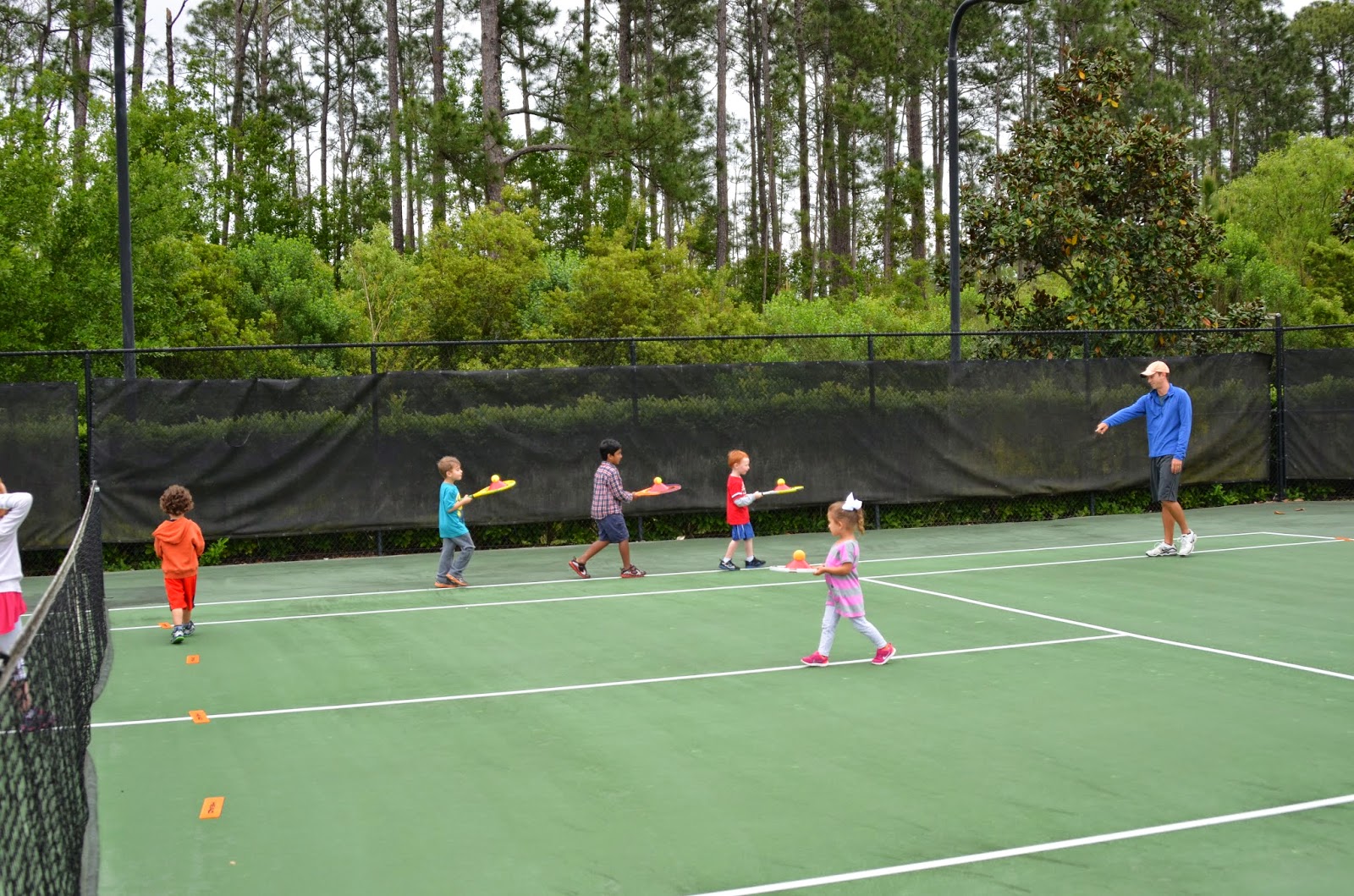 Overall, we were very pleased with the lesson for Paige. She listened well, had a lot of fun, and it was good exercise for her. She's looking forwards to next week's lesson already!
Posted by Shawn Vernon at 5:33 PM