Hosing down Paige and bathtime 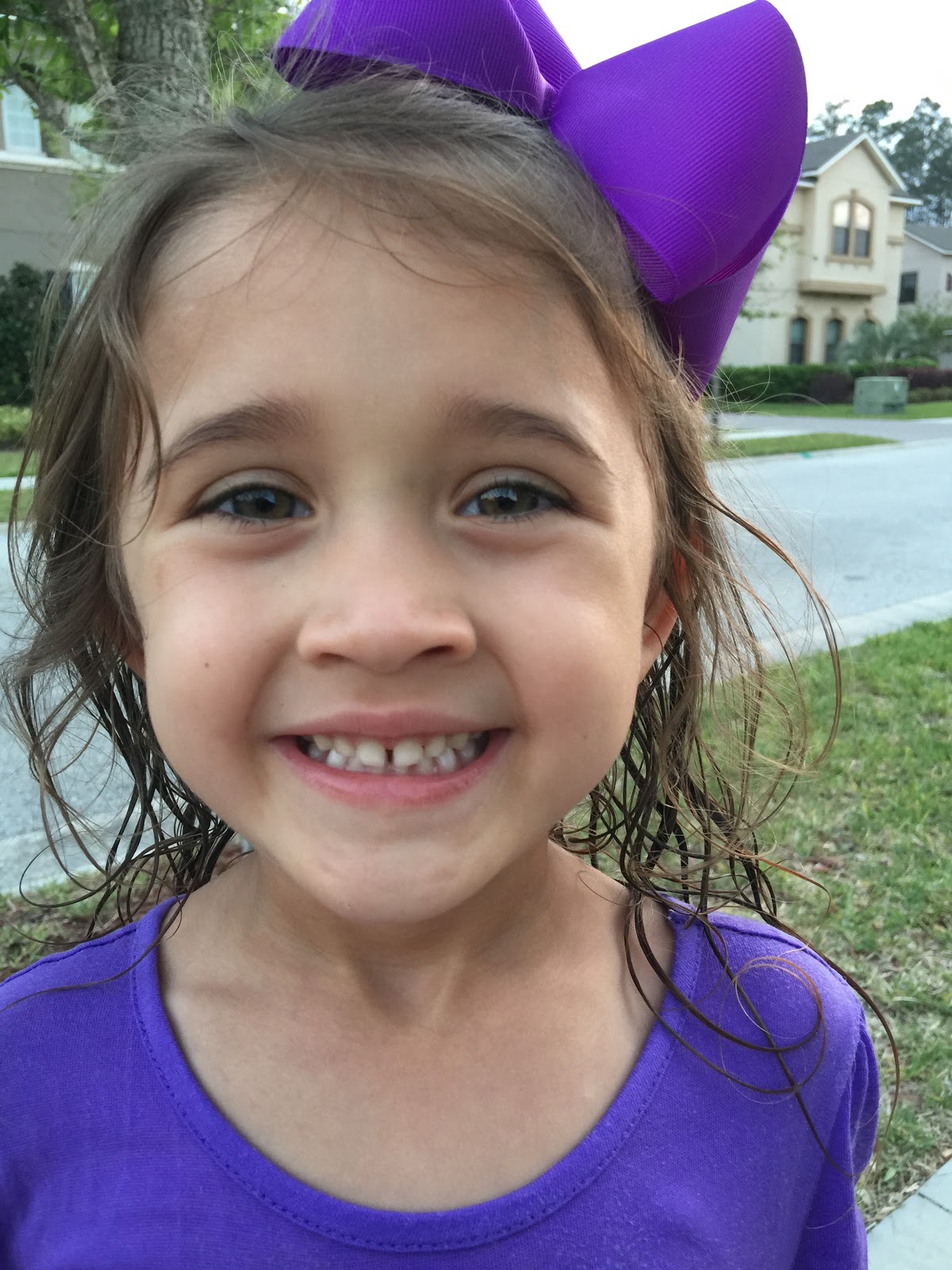 On Friday, we played out front for a bit before bedtime. Connor went next door to Ben's house to swim and Paige and I played in the front yard. I was watering some new sod and Paige was nearby. I remembered she needed a bath that evening anyways, so took the opportunity to spray her with the hose for a bit. She said she didn't like it, but the fact that she kept wandering in to range and shrieking with laughter when I sprayed her made me think maybe she did. 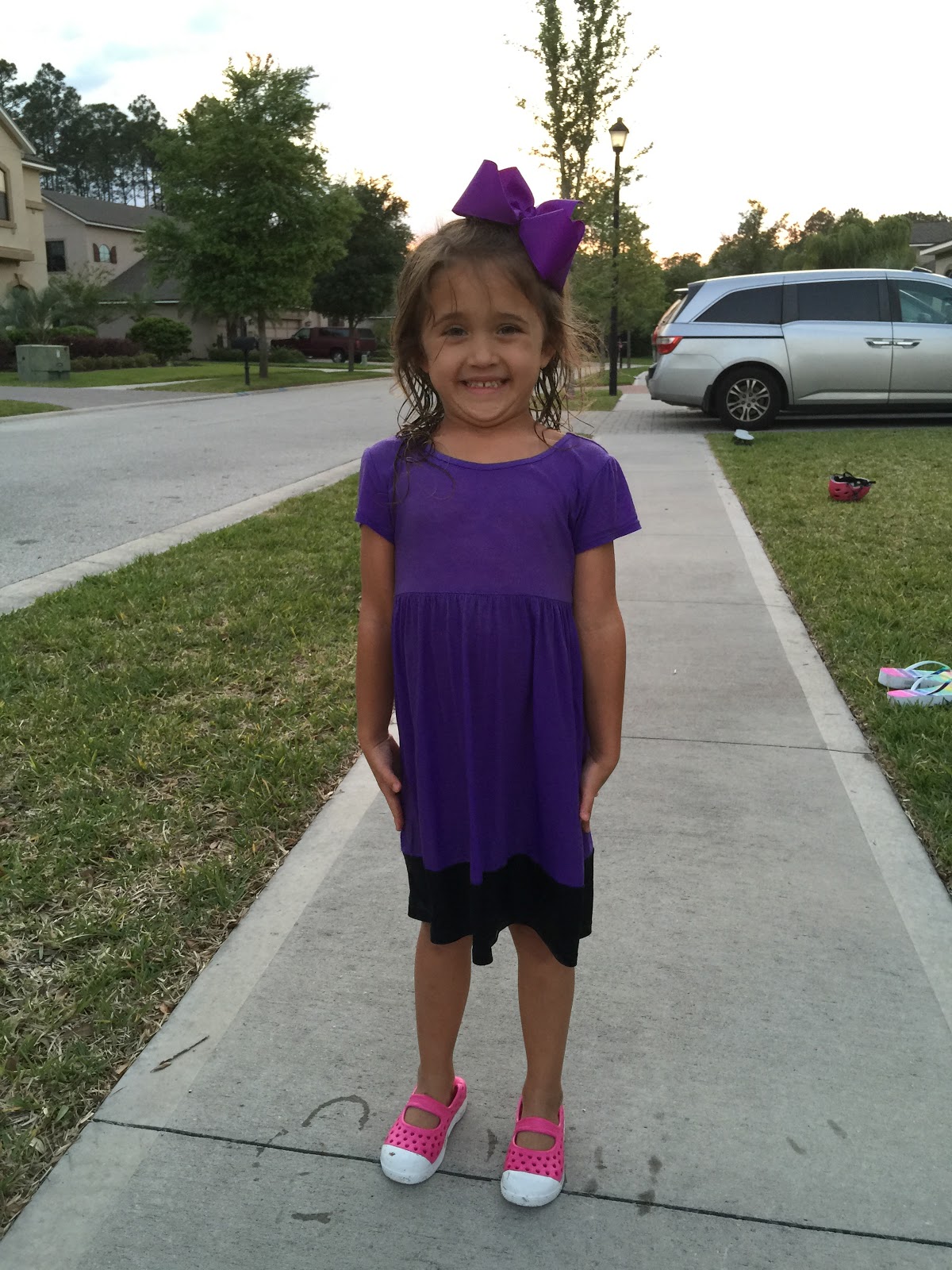 If Paige gets smiley faces on her school report card during the week, we'll sometimes let her take a bath instead of a shower. This last week she was good at school and was a sweetheart at home, so she definitely earned it. 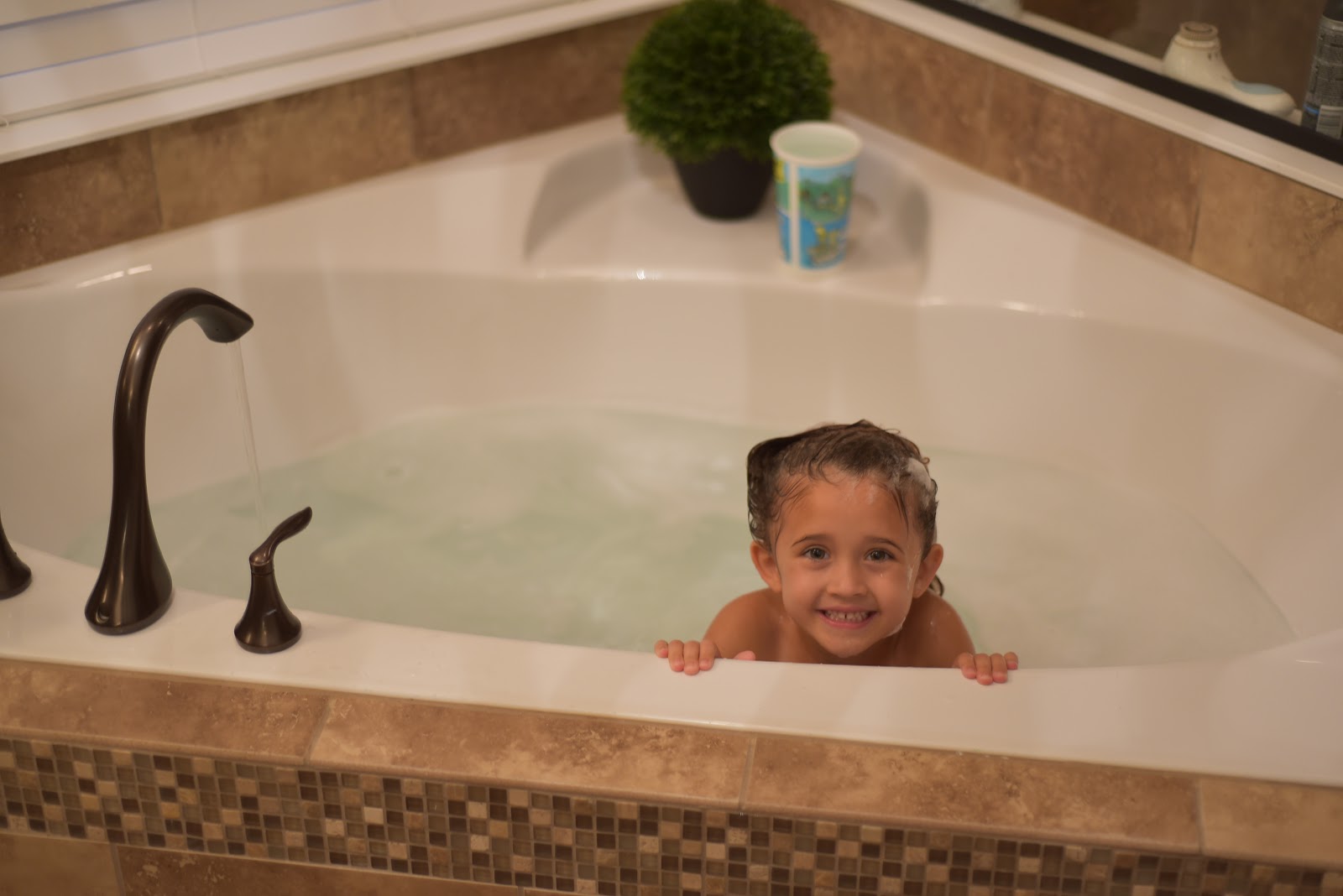 I remember you boys really like that too. What fun!