Wild boys playing outside without shirts


It's gotten hotter out lately and it's been staying light longer in the evenings, so Connor's been out with his buddies quite a bit. On Tuesday, Connor asked if he could go over to Logan's house by himself and we told him no. We knew there would be no adult supervision, and it would be a crazy scene. He was upset since all his friends were going over there, so I relented and went over and kept an eye on him. As we expected, there were no adults home and the kids were climbing all over an SUV "cleaning" it and mostly just playing with a hose. At one point some of the kids asked me to intervene with a hose dispute and I told them I was just there to keep an eye on Connor. I ended up watching from across the street so I wouldn't get soaked and so passersby wouldn't think I was involved with the spectacle. Connor had a lot of fun and was responsible and sensible. As we discussed, he didn't climb on the SUV or run out in to the street. He was happy we got to go over. 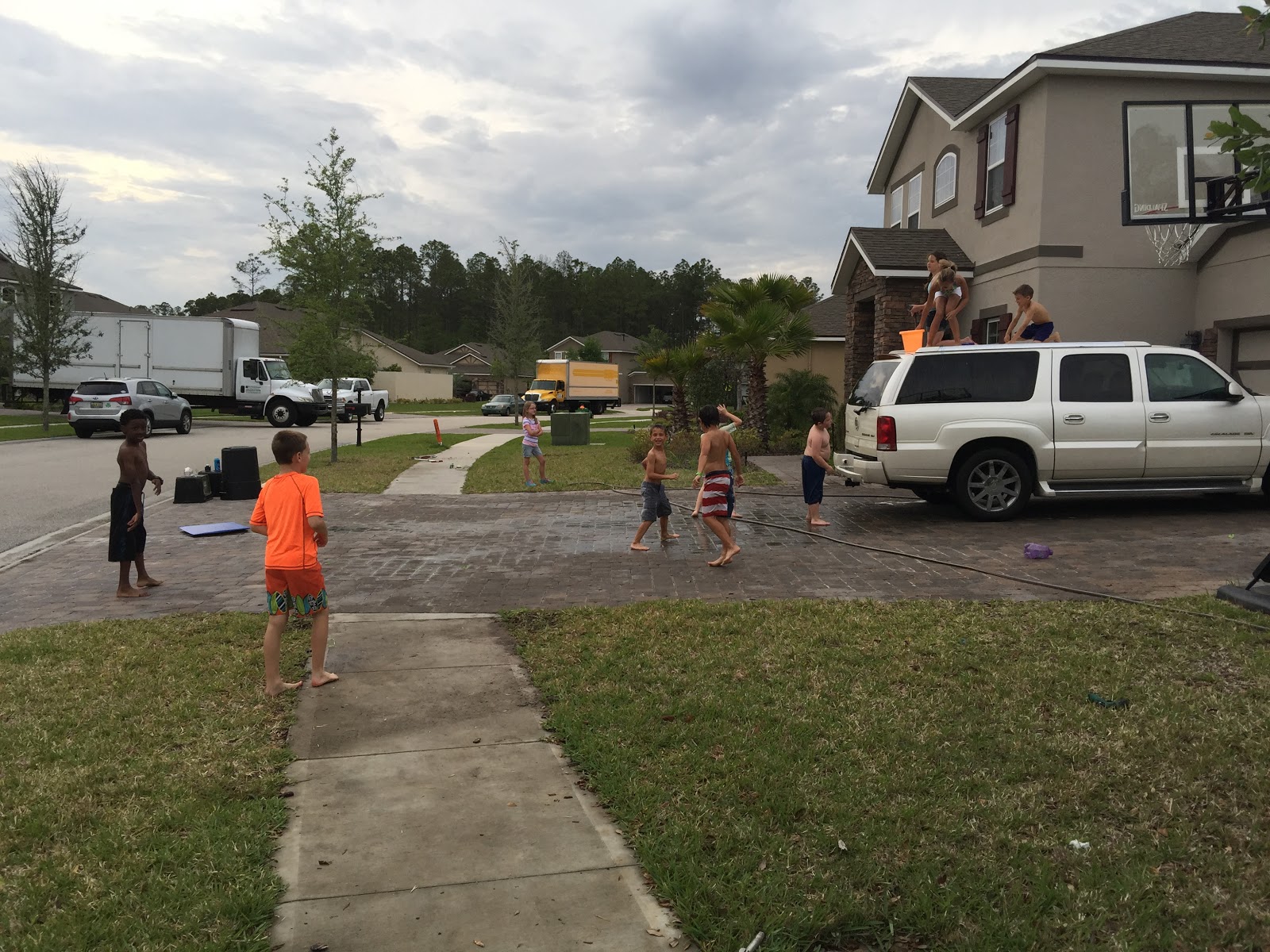 On Thursday after soccer practice, some of his friends were around and he played with them out front. They all got hot and took off their shirts and I snapped a pic of them together before we had to go inside. In the pic are Ben, Connor, Lomax, Nick and Logan. 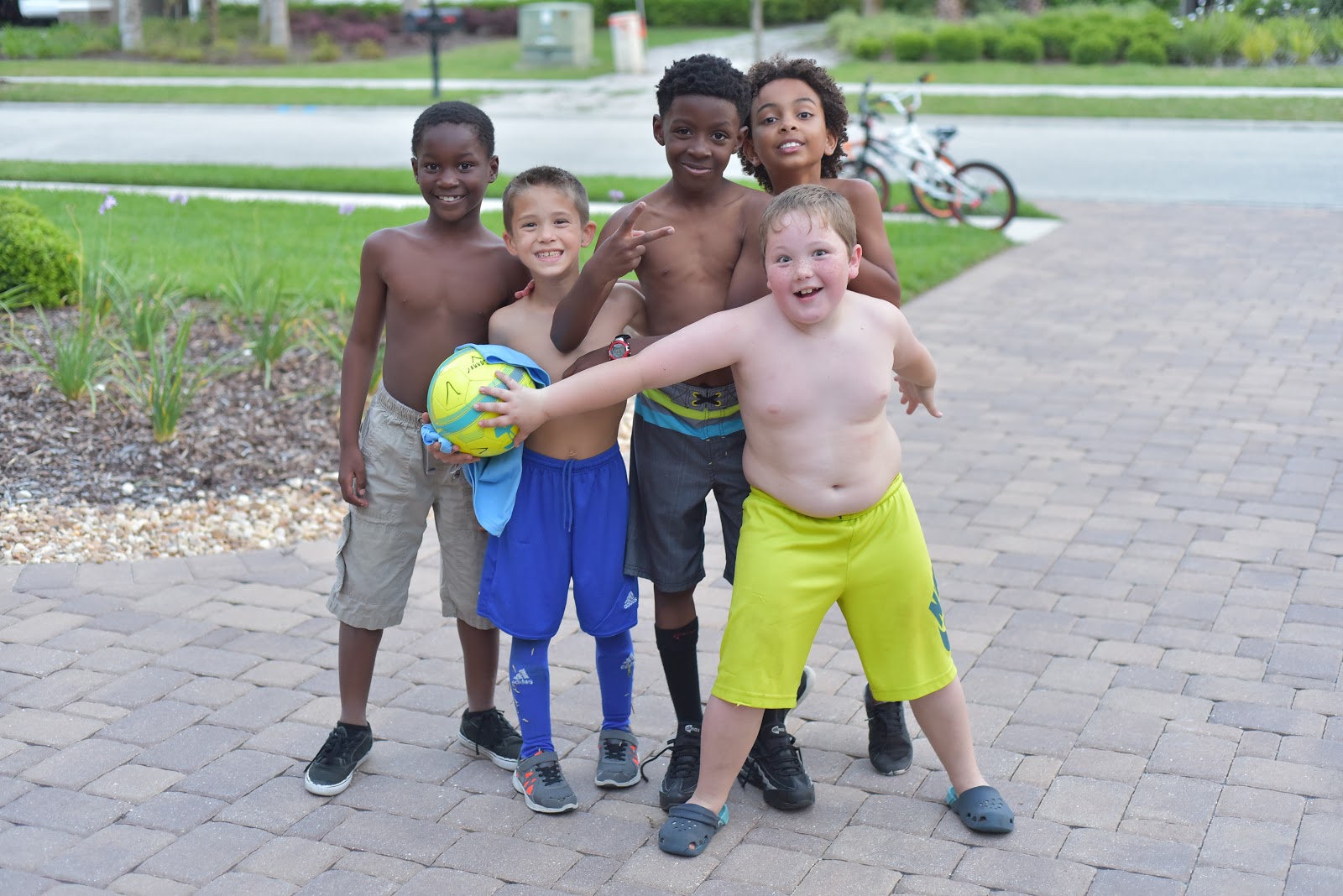