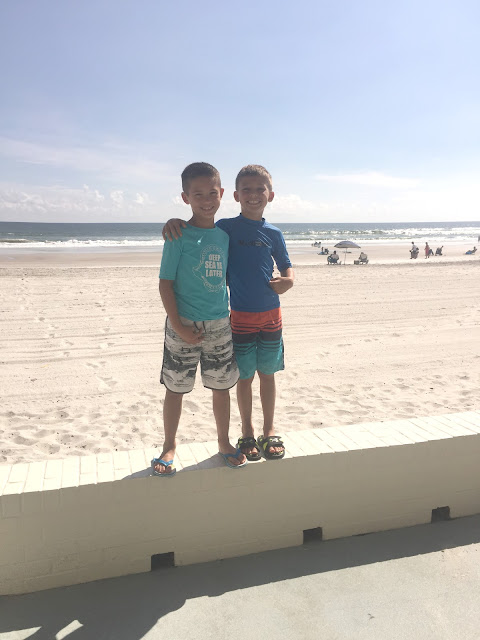 Connor has had a wonderful attitude about our move and has done a good job socializing and making new friends. He's probably done the best of everyone with the move. That said, he still does miss some of his good buddies from the old neighborhood. This Saturday, Rachel invited Paige to go to lunch with them, and Andrea was planning to drop Paige off in our old neighborhood. Andrea got to thinking that it would be a good time to pick up Trevor for the day and thankfully Gina (Trevor's mom) agreed that it would work. We kept it a secret until Sunday morning, and Andrea surprised both kids with the plans.

Paige had a fun time with Kennedy, and Connor enjoyed hanging out with Trevor all day. I did the tennis clinics in the morning at the club and then Andrea met me at the beach with the boys. They played in the ocean for a little while and then we all had lunch. Connor wanted us to tell everyone they were twin brothers and we played along with them. It was pretty easy to assume they were brothers, their hair color and skin color is identical. Their eyes are different, but other than that they do look very similar. 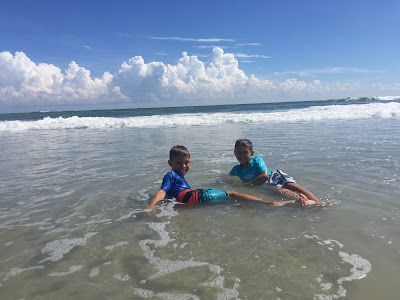 Rachel and Chad dropped Paige off in the afternoon and Gina and Mark came to pick up Trevor. We gave a couple tours of the new house, which is almost complete. We went to Cantina for dinner with the Haskins and it was a nice opportunity to catch up with them and hear about everything that's been happening in the old neighborhood. 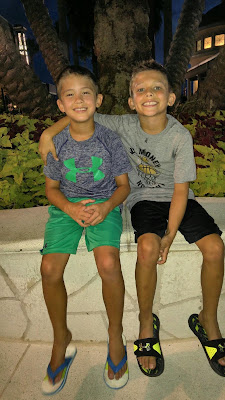 I'm thankful that Connor and Paige both got to spend time with some friends and thankful that Andrea is so thoughtful to put together fun days for them.
Posted by Shawn Vernon at 7:23 PM