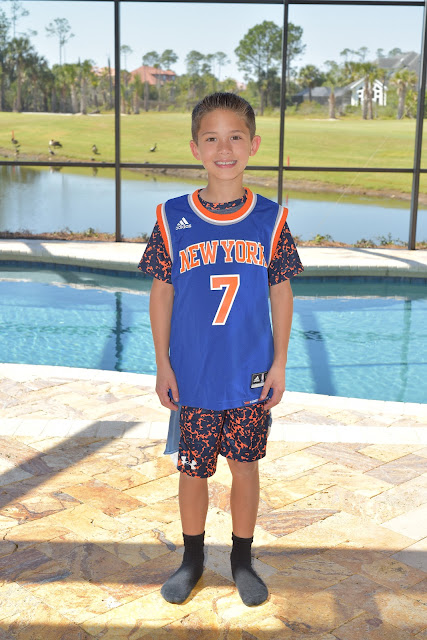 Connor has been following all the NBA teams lately and for his birthday got a Bulls jersey from Andrea and me, and a Golden State Warriors Jersey from Abby and Amanda. He also got a New York  Knicks jersey for making the AB honor roll and he used his birthday money to get a Utah Jazz jersey. He has struggled with watching games unfortunately. Most are not aired on the channels we get, and we haven't purchased the NBA league pass, so it's rare that a good game is available for him to watch.

Last night, the Cleveland Cavaliers were playing against the LA Clippers and Connor was super hyped to watch it. He was begging us to set up a special viewing party to watch the game. I've watched it on the TV in the guest room a few times, and he really likes watching things on that TV. Andrea finally relented and said her could have his "party", but he'd have to get it all setup. When we went in to the room, we were impressed with his setup and his presentation. He had all kinds of goodies set out in bowls, along with sports drinks (appropriate for watching a sports game I guess). It was super cute and we enjoyed hanging out with him and watching some basketball. Unfortunately the Cavs decided they wanted to rest their 3 best players, so the game was absolutely garbage to watch. 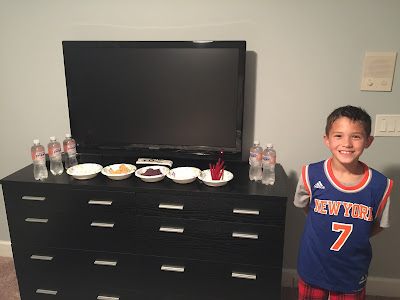 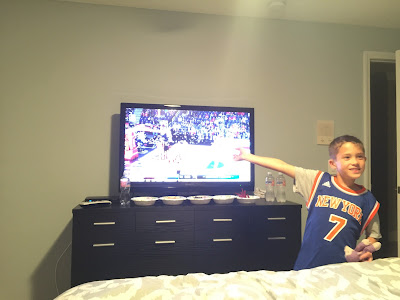