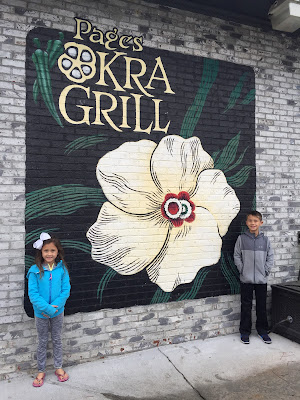 This past week was Spring break for the kids and Andrea put together a trip for us to Wild Dunes for the week. I brought all my work things and did work in the afternoons, but was still able to do tennis in the mornings and be together with the family in the evenings. The weather was pretty surprising and different from what we've been experiencing recently. This winter's been very mild and it'd been in the 80's for the week before spring break. I remember even thinking that I was a little disappointed that it was so hot so early. Well, this past week we got our fill of cold weather. On the drive there, the temperature dropped from the mid-70's to the mid-50's. We were thankful that Mommy had checked the weather before we left and that we'd packed some warm clothes.

On Monday, we all did the morning clinics and then had lunch at McAlister's. After lunch, Connor and I took an Uber back to the room and the girls went out and got their nails done. The nail salon had super cute kids chairs and Andrea remembered to take a few pics of Paige during the process. Paige loves girly stuff and it definitely made her day. 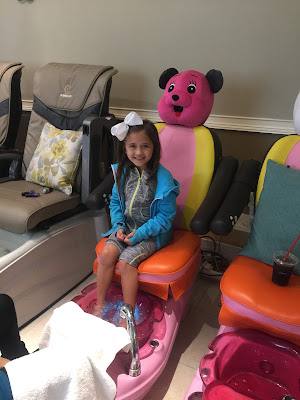 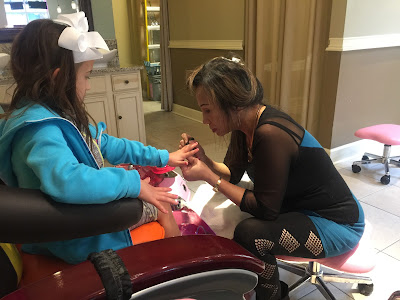 On Tuesday, it rained and tennis was canceled. Wednesday, it was super cold in the morning and only I did tennis. There was a family in town from Texas, and we remembered them from Thanksgiving when we all were in the clinics together. Craig, Rebecca, and their daughter May all were in the clinic with me on Wednesday and we also played with them on Thursday and Friday. It was very quiet at the resort since our Spring break was so early this year and if they hadn't been there, Andrea and I would have been stuck doing the clinics by ourselves. The Texans were great competition and Jess, the pro that did the clinics all week, did a nice job of keeping Andrea and I together and not playing against each other. The kids were alone in their clinics, and although Paige had a few difficult moments during the week, they mostly seemed to enjoy themselves and hopefully learned something. 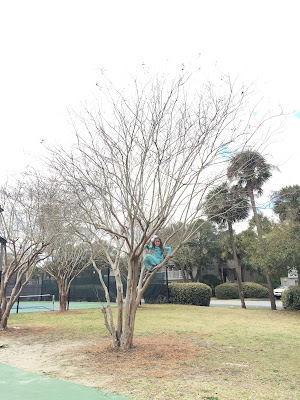 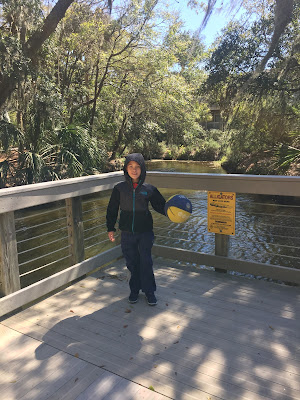 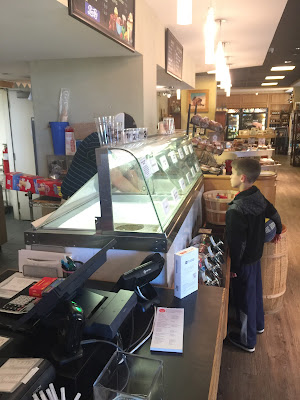 The little store on property had terrible hours and no pizza this time of year, which was super disappointing. The kids liked going for ice cream, and we got Connor his cookies and cream ice cream, and Paige would get either "Superman" sherbet or vanilla Dippin' Dots. 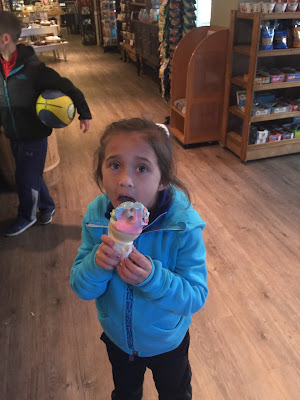 Paige worked on a lot of projects and notes. One of them she wrote late at night when she was supposed to be sleeping. She banged on her bedroom door to get our attention, and I went in to the room in a bad mood and she gave it to me and I broke her heart when I was stern with her. After I read it, I felt awful. She was a sweetie all week and loved making cards and pictures for Andrea and me. 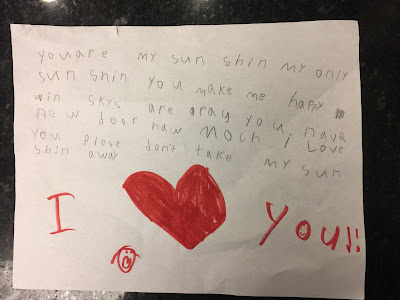 Paige fell asleep one night while I held her, and she really loved that. 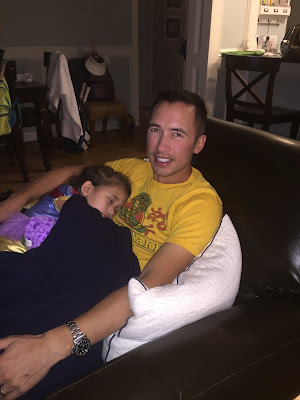 Andrea took the kids out while I was working and they liked to swing on the porch swing nearby and play basketball and at the park. 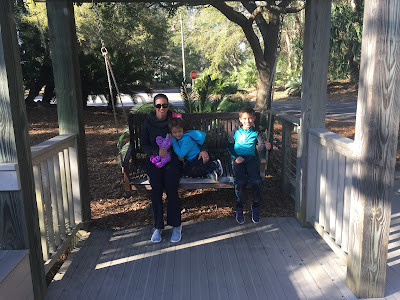 It was a little colder than we would have liked, and a little bit empty at the resort, but we got to spend a lot of family time together. We watched the BNP Paribas tennis tournament at Indian Wells, which was on the Tennis channel. Thankfully we brought our Apple TV, so even though the rental's cable plan didn't include it, we were able to pull it up on our Apple TV tennis channel app. It was hard to have to watch things live and with commercials, but we somehow survived. Connor has been in to his basketball, so we also watched some NBA games with him. 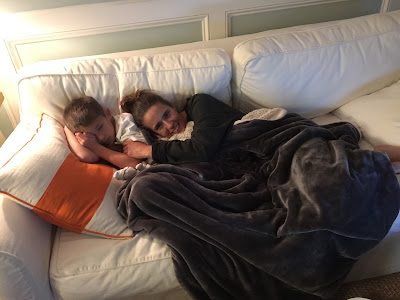 We often ask the kids what their "High, Medium, and Low" points were for a day, and we asked them what they were for the trip.


Connor's high, medium, and low:
Low: Watching Paige fall out of the tree
Medium: Watching the Bulls game on TV
High: Spending time with my family and sleeping in

It was a fun week together, and I'm happy we all enjoyed our time again at Wild Dunes.
Posted by Shawn Vernon at 7:14 PM