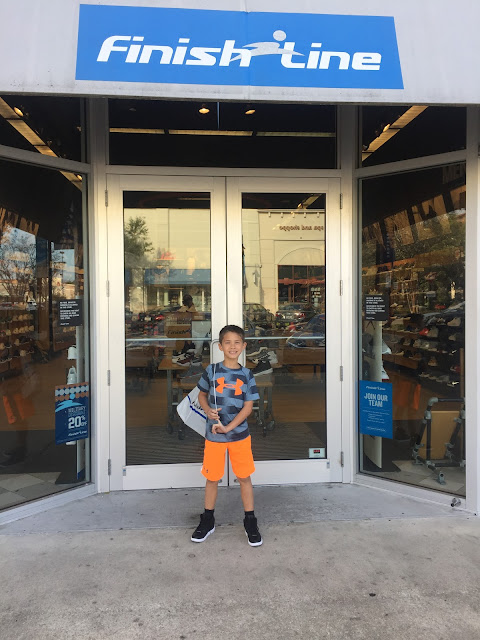 Connor's been all about the basketball lately and has been playing NBA games on the XBox and iPad, and watching all the games that are available to watch on TV. For his birthday, Connor got some money, and he decided it would be fun to spend it on some new basketball shoes. Andrea took him to Town Center on the 6th, and they looked at all the coolest basketball shoes that were out. He eventually decided on the Air Jordans, and Andrea snapped a pic of him afterwards outside the store. He's been wearing them to school, and when he plays basketball outside.
Posted by Shawn Vernon at 7:42 AM