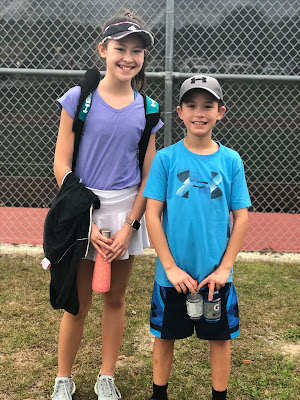 On Thursday, February 21st, Connor had his first middle school tennis match of the season. Connor played on line 1 doubles with Carly. They played on the hard courts at the Mills courts, and it was a little bit of an adjustment for Connor who is used to playing on clay. Connor did an awesome job of hitting consistently, placing the ball well, and going after some shots when it made sense to play aggressively.

I put together a video compilation of some of their good points during the match.


They won their match 8-1 and their team won 3 lines out of 4, only losing line one of the singles by the narrowest of margins in a tiebreaker. 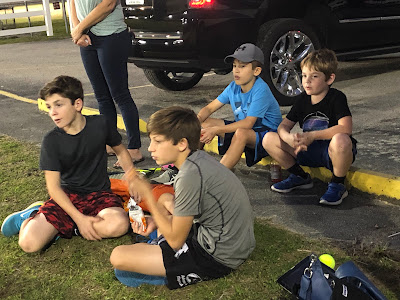