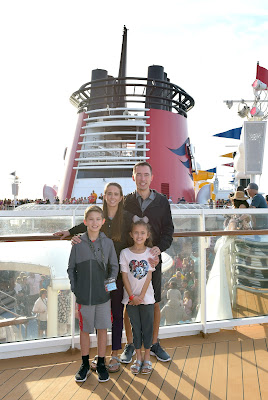 This past week we set sail for a short three-night cruise on the Disney Wonder. All of the Disney boats are different, and while there's not quite as many bells and whistles on the Wonder, it's a nice little boat and never feels crowded. 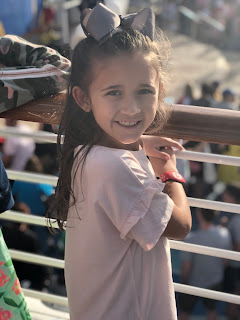 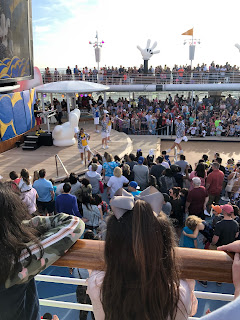 On our first day, we went to the new Sail Away party on the top deck and then Paige went to the Bibbidi Bobbidi Boutique for a Princess Tiana Makeover. It was the perfect night for the Tiana dress since we ate dinner that night at Tiana's Place.

Paige wanted to do a "Before" picture before her makeover and tried to make an ugly face. 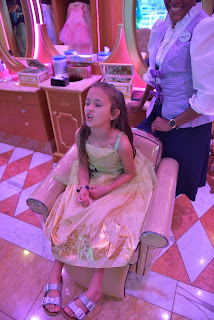 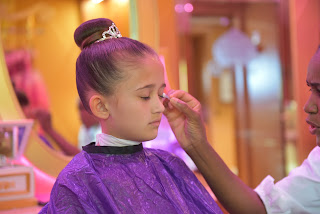 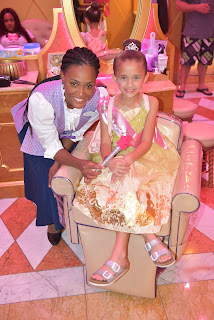 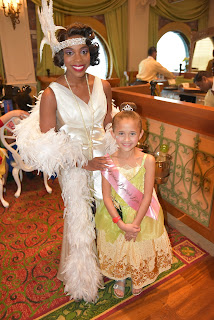 Tiana loved seeing Paige all dressed up like her. 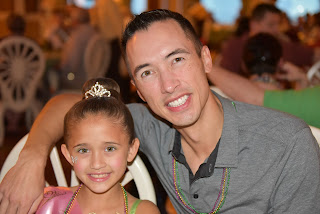 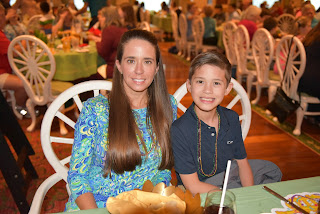 Connor loved the big chunky alligator Louis. Louis played his trumpet on stage and came around to the tables to say howdy. 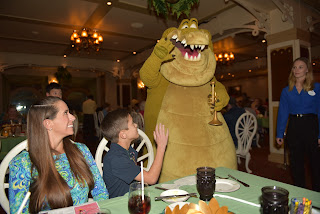 After dinner we got some pics with Mickey and everyone together since we dressed up for the night. 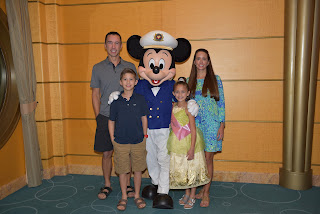 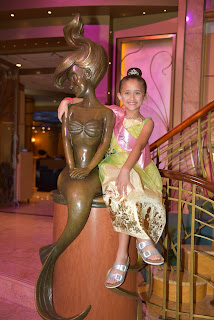 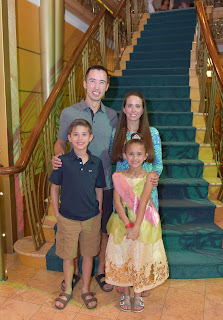 On the first night we saw the Golden Mickey's, the second night was Frozen and the last night we saw Dream. We had seats three rows back in the center, and the smaller boats are nice since it was easy to get good seats for all the shows.

On Friday, we had our stop at Nassau and we stayed on the boat. Andrea and I had brunch at Palo's and that was the only time the kids went to the Oceaneer's Lab/Club. 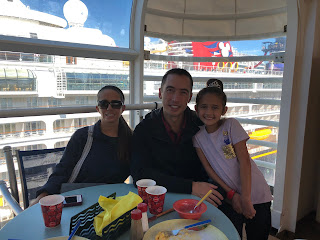 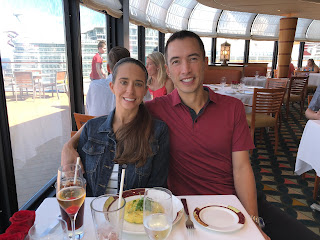 In the afternoon we watched the new Mary Poppins show, went to the early showing of Frozen, and then just hung out around the boat.

On Saturday we were at Castaway Cay and we got off the boat and got a nice spot on the beach. 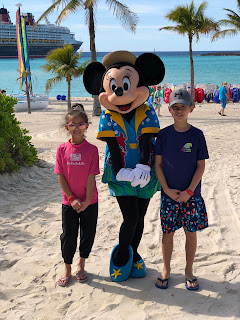 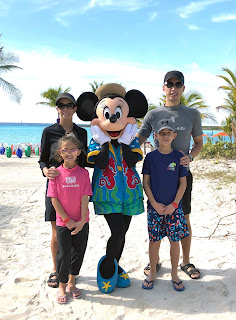 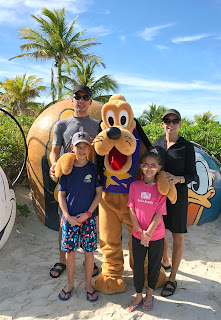 The weather was perfect, and we decided to go to the excursion area to see if there was any availability for any activities and we were pleasantly surprised to find that the jetskis still had available spots at 11am. We booked a spot and took two jetskis out around the island with a small group. It was a little wavy to get started as we came out of the harbor area, but once we got in to the shallower waters, it was pretty flat and we were able to go pretty fast. The water was crystal clear and at times was so shallow we were worried we'd get banged up if we fell off. About halfway through the tour we stopped in a shallow area and took a short break and took some pics. Then, we rode around and eventually went back to the boat. We got to see a starfish up close and saw a wild stingray as well. We were a little disappointed the tour guide didn't have much to say about the area or anything, but the ride was definitely fun and it was a neat way to see parts of the island we'd not seen before. 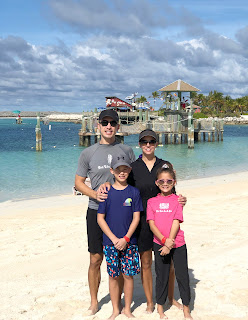 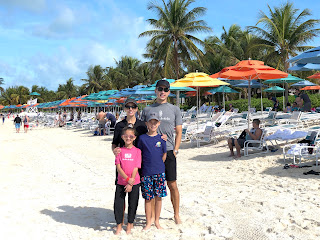 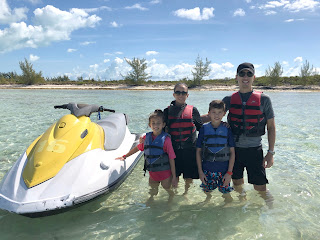 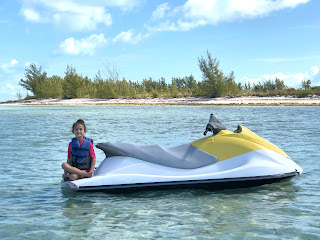 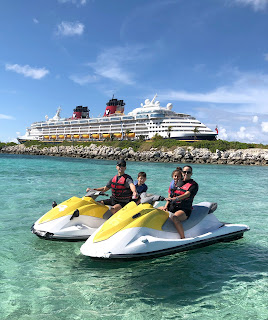 The rest of the day, we swam around, played in the water, and had lunch. This was the first time for the kids to swim without earplugs since they had their tubes out and they definitely seemed to enjoy the water more than usual and they swam for a long time. Daddy was a mean shark for a while and hunted the kids down on their raft, which they always enjoy. 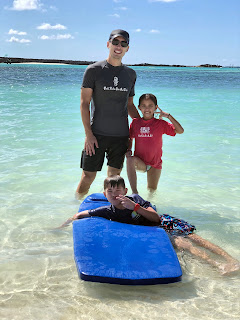 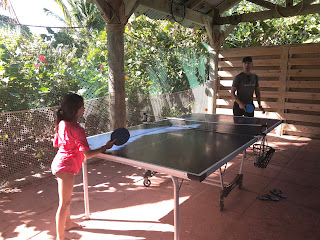 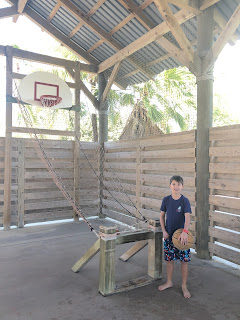 Saturday night we ate dinner, and then watched the show and went back to the room and packed up. 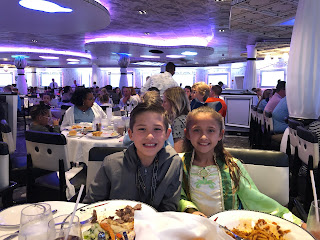 It was a short cruise, but we had a lot of fun together!