Paige and the Flu 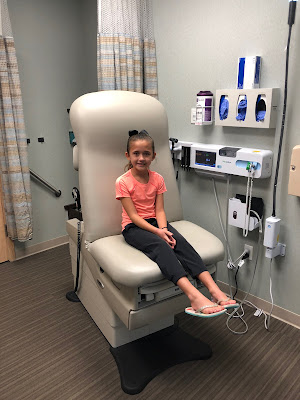 This past week, Paige came down with Influenza A. We had been planning to take her to gymnastics after school on Wednesday, but she said she didn't feel good. We took her temperature and she had over 100 degrees. That night her temperature went as high as 103, so we got a doctor's appointment first thing on Thursday morning and took her in. We were hoping it wasn't anything serious, but with the high fever we were pretty concerned it was the flu. The nurse practitioner swabbed Paige's nose, and Paige was surprisingly cooperative about it although that swab went way up in there and was definitely uncomfortable. After a 30 minute wait, they confirmed it was the flu. 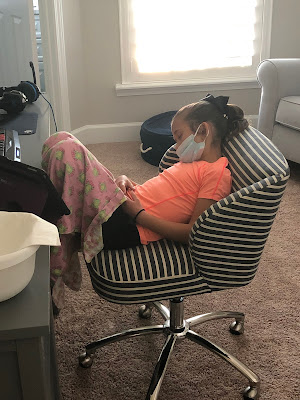 Paige was very sad and teared up with the bad news. We got her on Tamiflu and Paige had to stay home from school the rest of the week. She had some ups and downs, definitely not feeling well and even woke up one night and threw up. Thankfully it seems to have mostly passed this weekend and her fever has been normal since Saturday. It's been a little stressful, but hopefully we've kept it contained and nobody else gets sick!
Posted by Shawn Vernon at 8:15 PM