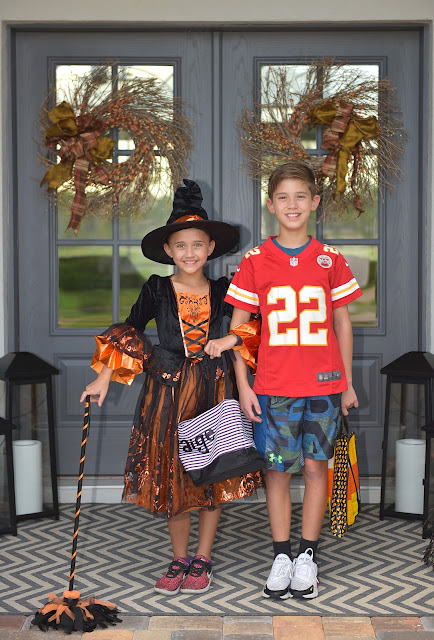 Halloween this year fell on a Thursday, which wasn't the worst, but was a little odd in the middle of the week. After school, the kids didn't have any homework, so they got to relax a little while before trick-or-treating. Paige wanted to be a witch this year and we'd gotten her a cute orange and black costume a few weeks ago. Connor hadn't really wanted to get dressed up and we weren't even sure if he'd want to go trick-or-treating. On Thursday afternoon a few of his friends texted him to see if he was interested in going with them and he decided that sounded like fun. As he's done in previous years he threw on a football jersey and went as a football player. 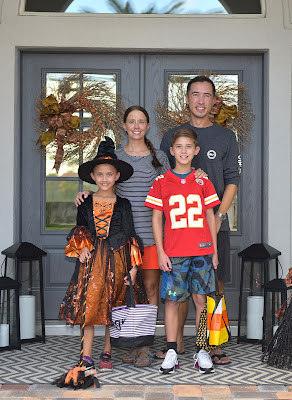 At 6pm we drove the golf cart to his friend Cole's house and he hung out with his friends Namath, Cole, Charlie, Jackson and Ethan until it got dark and then they all went out together. 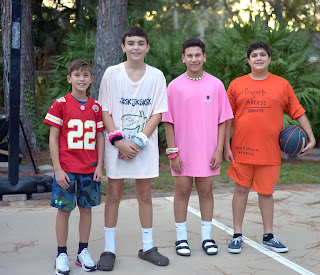 On the way back from dropping off Connor, we stopped at a neighbor's house that we've been getting to know better lately, and Paige went trick-or-treating with Anika, Natalie, Anika's brother Yosh, and with Casey and Keagan after we stopped at their house. The kids enjoyed jumping on and off the golf carts and we were surprised that it seemed like there were a lot more kids in the neighborhood this year. We mostly stuck to the houses near us and it was a nice chill evening. 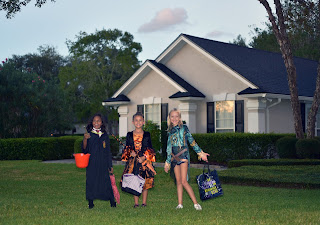 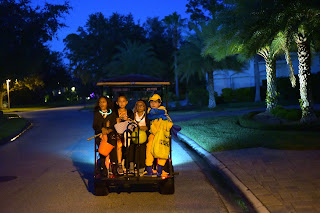 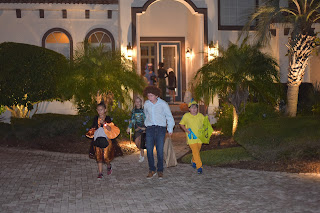 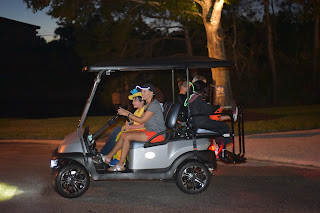 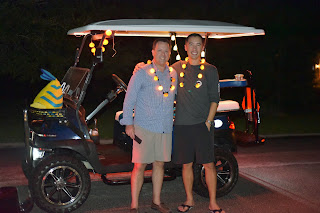 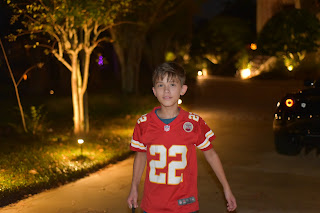 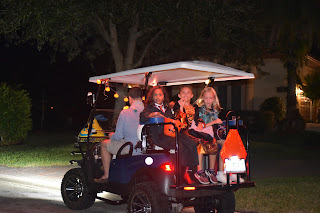 After we got home around 9pm, Paige switched on our lights and she hoped to hand out some candy, but everyone had wrapped up by then. I picked up Connor a little while later and it turned out he'd traded all his candy for a gigantic pile of Snickers bars! 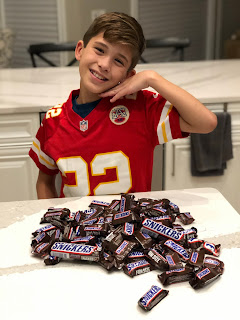 Missed trick or treating with you guys this year. Too bad we can't clone ourselves and be two places at once. Kiddos looked like they had fun.