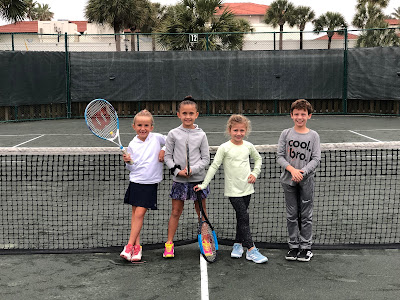 Paige's team had their final match of the season on Friday 11/15/2019. The team played against the other PVIC team and Paige played doubles with Zoey. Their match was very close and they were behind for most of the match. The girls rallied and at 7-7 they played a 7 point tiebreaker and managed to win. After the match, we thanked Taylor for being our pro and haling out and we snapped a pic of Paige and Zoey with Taylor after we gave him a thank you card. 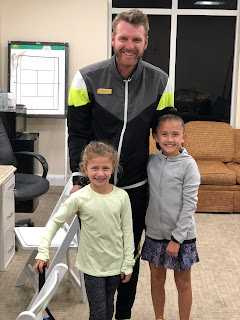 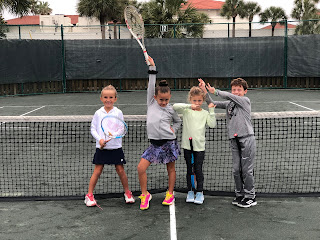