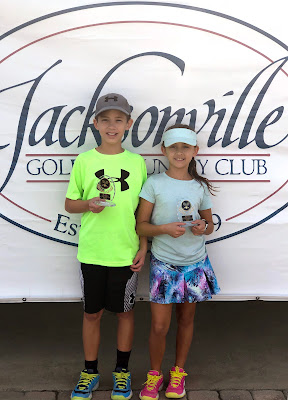 Paige was only one of two girls signed up for the tournament, so they ended up combining the girls and boys. Paige played four very close matches to qualify for the final match and she tried so hard and such a positive attitude throughout the tournament. It was awesome to see Paige putting together all of the things she's learned from lessons and clinics, as well as the things she's learned in previous matches and tournaments. In difficult moments, where she might have previously over-hit a ball, she hit smart shots that gave her an opportunity to recover and get back in the game. In the right moments she also swung hard and finished her strokes. Paige ran down many balls that I didn't think she had a chance of touching and got the balls back in the court and won many close games as a result. 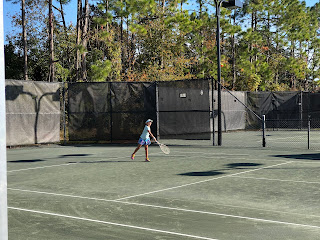 Going in to the final match of the day, Paige was undefeated and another boy was also undefeated. Every game was close, but unfortunately the boy won 3 out of 3 close deuce games and Paige lost the match 0-5. I believe Paige is a consistent player and may have been better off if the games weren't scored with no-ad scoring. It's hard to know how that may have affected the outcome, but I definitely don't think the score reflected how close the match was. Paige was disappointed that she didn't win the final match, but we were proud of the way she played and she was happy that she received a finalist trophy. 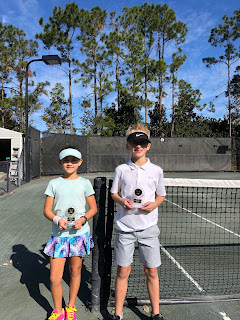 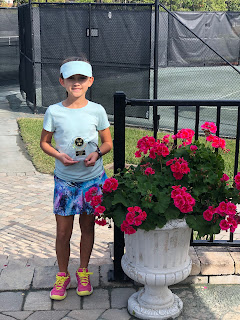 Connor's matches started at 10:30 and I missed a portion of Connor's warmup and the early part of his first match since Paige's final match went a little longer than anticipated. Connor started the day playing a tall boy that he's played multiple times in the past. Although Connor has beaten the other boy every time they played, the matches are always close and their match on Saturday was the closest yet. Connor started off slow and found himself losing 2-4 after the first six games. I could tell that Connor was frustrated and not hitting as well as he was able to, but he made some adjustments and won the next three games to win the match 5-4. 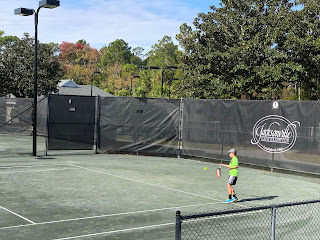 Connor went on to win the next few matches much more easily and went in to the final match of the day against the only other undefeated boy who was a freshman in high school. By this point of the day Connor was hitting much more confidently and I don't think I've ever seen him hitting so well as he did during that final match. Connor was driving shots deep, mixing in a variety of strokes, and at some points was jumping in to the shots and twisting his body to muscle the ball cross court for clean winners. The jumping swings are not necessarily encouraged by his coaches, but they were definitely working on Saturday and Connor won the final match quickly at 5-0 to take the first place trophy. 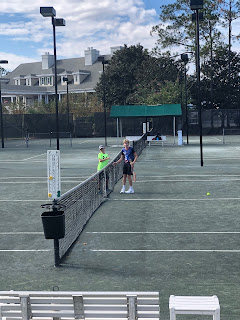 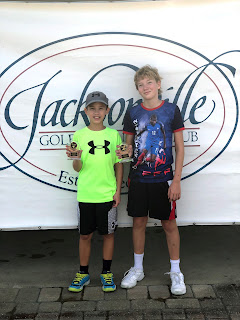 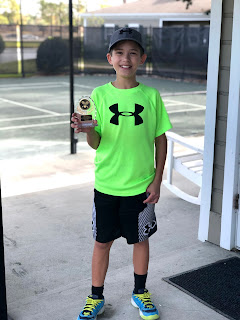 We are super proud of both of our kids for how well they played, their positive attitudes, and their fair sportsmanship. Great job Paige and Connor!