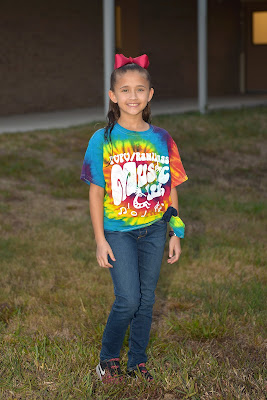 On December 9th, we finally got to see Paige perform with her music club at school. They've been practicing since September (http://www.vernonvolumes.com/2019/09/music-club.html) and it was exciting to see her perform. Paige had a performance at Vicker's Landing the week before, which included the High School Jazz band. Our performance on Monday night didn't feature the Jazz Band, but some of the kids that have been learning instruments did some solos. Grandpa Rick came to watch as well and met us in the school cafeteria. 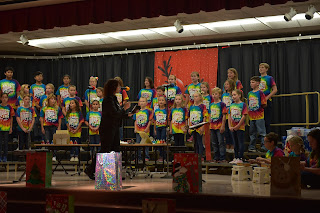 Paige had a part as a lead during the snowman song and she was out in front with her camo hat and binoculars. 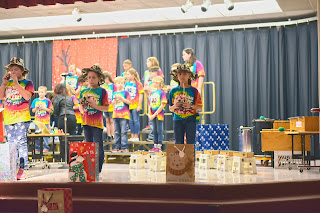 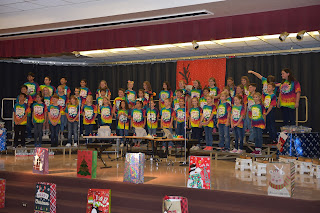 Everyone did awesome! After the show we snapped some pics with Paige and she took a pic with Ms Suppa. 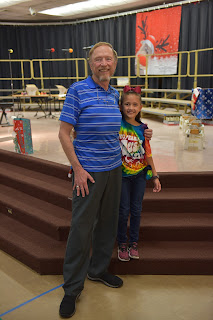 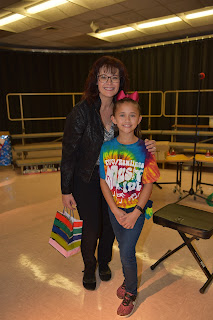 We went to Longhorn steakhouse for dinner with Grandpa Rick after the show. It was such a fun night and it put us in the holiday spirit! 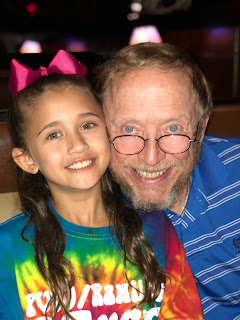 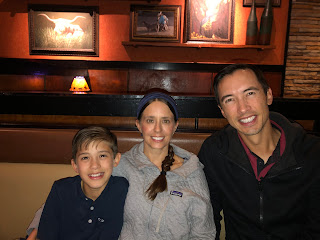