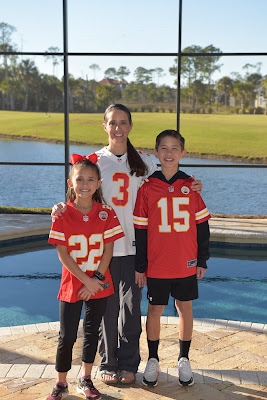 On Superbowl Sunday, we went to our friend's house to cheer on our Chiefs team. We've watched most of the games this year and we have been rooting for them for so many years, it is hard to believe that they made it to the Superbowl finally. 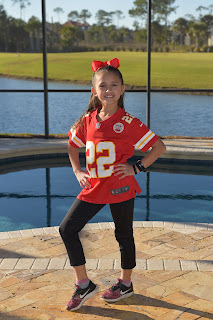 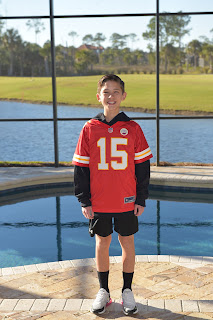 We watched the first half of the game, as well as the halftime show, and then we went home in the 3rd quarter to finish it up. 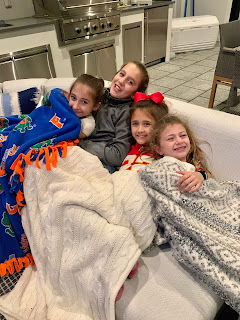 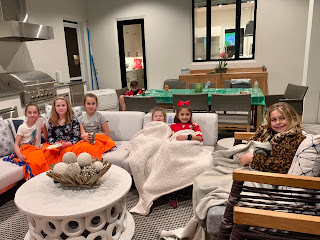 The game couldn't have been more close, with lots of lead changes. With just minutes left in the fourth quarter, the Chiefs were down to the 49ers by 10 points, and we were all feeling pretty bummed. Poor Connor is superstitious and believes that if he's watching, the Chiefs do badly, so he went up and we thought he went to bed. He actually was checking the score on his phone and once it was clear that the Chiefs would win he came down to scream and celebrate with us.

We were all so happy the Chiefs managed to get a victory for KC and on Monday Connor wore his Chiefs gear and even wore his Chiefs pajama pants. The Dean ended up reprimanding him and Connor had to change in to his gym shorts for the day, but he was proud to wear his KC gear. 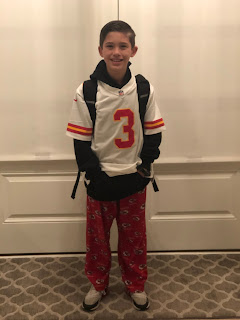