Kids with Grandpa and Grandma for the weekend 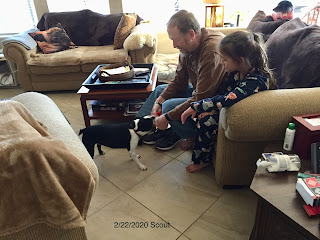 While Andrea and I were in Orlando, the kids stayed with Grandma and Grandpa. Grandpa picked the kids up after the got done with school and took them back to their place for the weekend. On Saturday, the kids helped fix some pancakes and then Paige went to a friend's birthday party. Connor went with Grandma and the dogs to a pet store.

In the evening, they'd planned to watch a movie together, but instead they went to the emergency veterinarian's office after Scout ate some gum from Paige's backpack that contained xylitol. Thankfully Grandma had read about it's poisonous effects on dogs and they got the dog to the vet where they induced vomiting and found around 16 pieces of gum had been ingested. Hopefully Scout makes a full recovery! 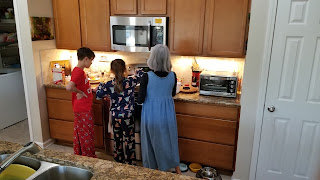 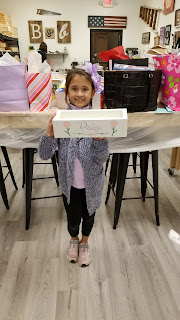