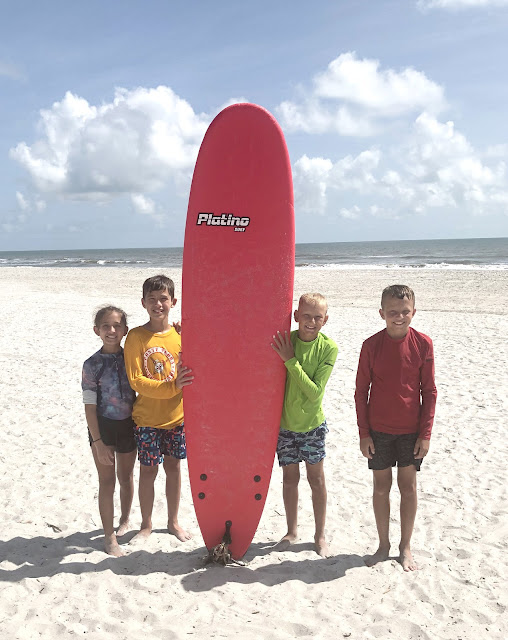 Paige and Connor had their last week of summer break this past week and both attended the Saltwater Cowgirls surf camp. This week was especially fun because they had a lot of their friends with them. Charlie and Owen from our old neighborhood were there and a bunch of their classmates including Quinn, Cailyn, Emily and Edith. They made some new friends as well.
The waves were good, but there were a bunch of jellyfish in the water this week. Connor got stung a few times but Paige managed to avoid them somehow. We were pretty impressed that Connor just shrugged it off and didn't seem to care. Connor said it didn't hurt too bad and only hurt for about five minutes. 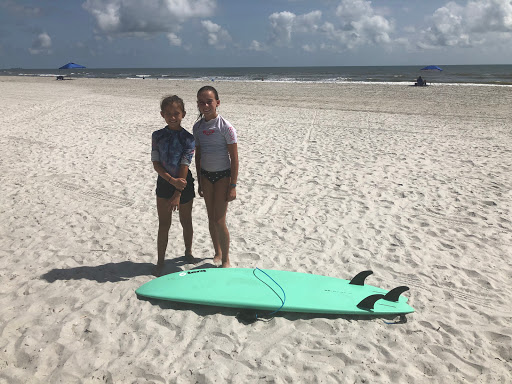