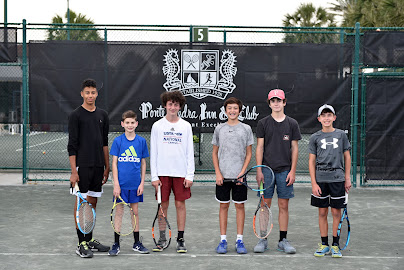 On Friday, although it was Paige's birthday and birthday party, Connor played in the final match of the season with his USTA team. The team was in first place, but it wasn't a big lead over the team in second place. As the team mom, Andrea was trying her best to put together a strong lineup. We decided that it would be the best for the team if Connor could at least play a singles match to help out the team and to rematch a young lady that he'd played recently that is a really good player. Before the match started, I snapped a pic of the team.

Connor's rematch was a close one and unfortunately he did not win, although they were neck and neck to the end. The first set came down to a deciding point when they were tied at 3-3 at deuce. Had Connor won that one point early in the match, he would have won the entire thing. Instead, he won the second match and then lost the 10 point match tiebreaker. The tiebreaker was tied at 6-6 at one point, but his opponent managed to win 4 of the last 5 points and Connor lost 7-10. Connor played really well, but he was evenly matched and they had some amazing rallies. His opponent had a great defensive game and Connor's best shots were often returned. It was a fun match to watch, even though Connor wasn't the victor. I will also note that they both had fair line calls and I was so impressed with both of them.

Overall, Connor actually won more points for his team since he won more games in the match, and their team should end up in first place for the season. 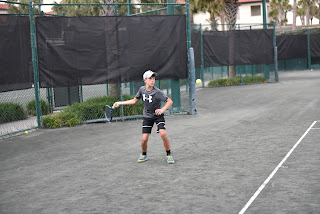 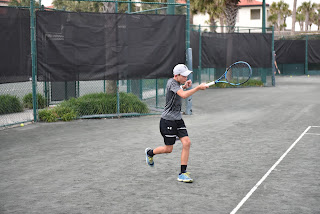 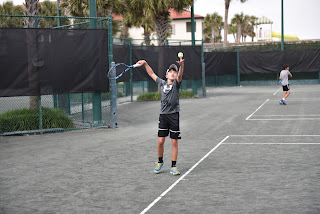 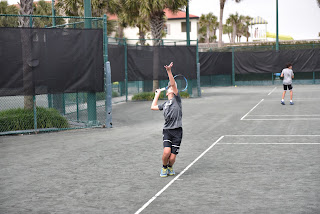 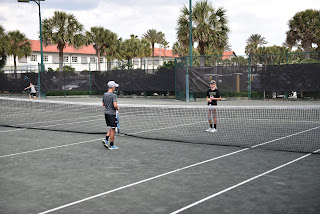