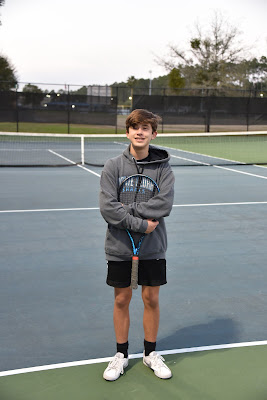 Last week Connor played in his first high school tennis match. It was a home game and Andrea and I both went to cheer him on. The team they played against didn't actually have a JV team, so although Connor's on JV they played against varsity players and upperclassmen in some cases. Connor played line one singles and was a bit off overall and didn't play his best. His opponent was older, taller, and he hit a strong forehand. Connor was competitive and I think if he was playing his best he had a good chance of winning, but it didn't go his way.

Connor played doubles with Quinn after his singles match and although he played better, they didn't win the match. 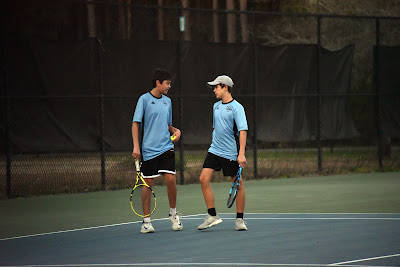 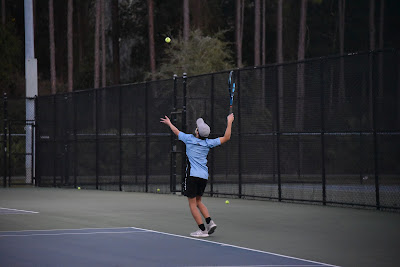 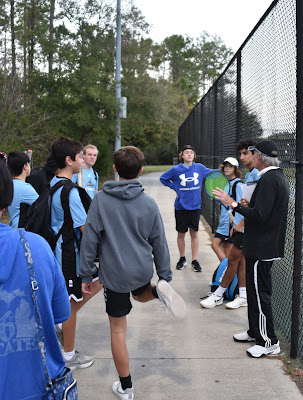 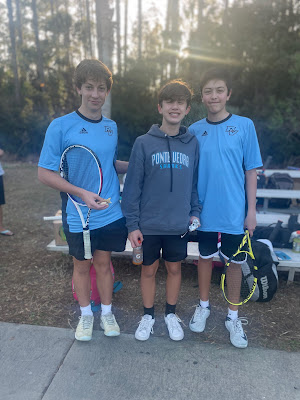