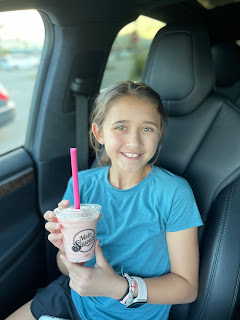 With Andrea out of town this past weekend, Paige decided to do some things independently around the house. She's been fairly consistent about keeping her room cleaner and making her bed recently which was one of her New Year's resolutions. Andrea's been working on teaching the kids how to do their laundry and Paige did all of her laundry on her own this weekend. I took her to "Main Squeeze" for a smoothie as a reward. 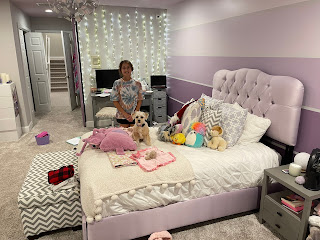 On Sunday we were trying to think of something for lunch and decided to go to Publix to do some shopping and see if there was anything Paige could cook on her own. I got a sub sandwich for myself and Connor. While I was waiting on the sandwiches, Paige looked up a recipe for chicken fettuccini alfredo and began picking out all the ingredients. When we got home, I ate my sandwich while I supervised Paige's cooking. She made it mostly from scratch and had three different burners going to do her sauce, the noodles and the chicken. I helped her drain the hot water from the noodles, but otherwise she did everything else herself and said it turned out great. She is such a competent and independent person! 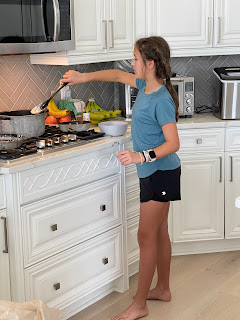