Connor's hair has been a bit of a struggle for all of us. He's wanted to have a different hairstyle when he got to highschool and was a bit unhappy with his hair for the first part of his Freshman year. We didn't realize it, but he tended to wear hoodies and would have his hood up because he was self conscious about his hair. Eventually he grew it out he started to like it better, but there's been an ongoing disagreement with us on how he should fix it, if at all, and how long it should all be. Andrea prefers if he keeps the sides and back a bit shorter so it's not over the ears and we would also like if he'd take a little time to push it over and out of his eyes. Connor would prefer to just wake up and let his hair do whatever it wants and when it's longer it can be quite a mess.

Every time I take Connor to the barber I don't know what to tell him that will make both Connor and Andrea happy. We also have been going to a nice older gentleman from Bulgaria and while he tends to do a pretty good job for the last couple years, I don't know how many younger people he cuts and we were having a bit of a language barrier trying to explain what to do with Connor's hair. Connor ended up a bit unhappy with his hair and Andrea thought we should try somewhere new. We found a couple options and this last week I took him by a new barber for a haircut. We talked it over and Connor wanted to try a layered surfer cut and the lady that cut his hair took a look at some pictures we showed her and seemed confident that she could make it work. Unfortunately, it didn't work. She took off a lot of length on top and it was shaped awkwardly to his head. I think she was trying to make the sides and top a bit more even in length, but since the sides and back were much shorter it ended up looking unkempt and sloppy. It was tooo short on top and scruffy on the sides and back. For once, we all agreed on Connor's hair, but unfortunately we all agreed that it looked awful.

Connor decided to buzz it off and we went back and had it buzzed. We didn't want it super short, so it's a longer buzz, but it's quite the difference from what we're all used to. It's nice to see his eyebrows and we are getting used to seeing him with short hair. 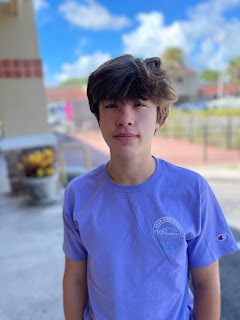 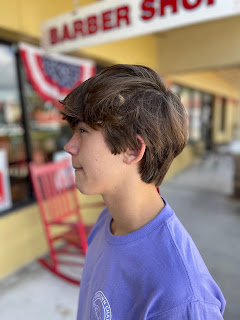 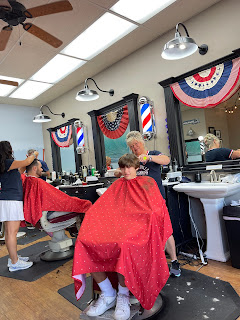 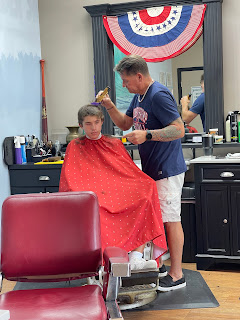